If you’re wondering when the Southwest Light Rail Transit line will open and how much it will ultimately cost, get in line.

"People ask me every day and I have the benefit of saying I don’t know because I don’t know," Metropolitan Council Chairman Charlie Zelle said today. And if Zelle doesn’t know, it’s safe to say no one knows.

U.S. Senator Tina Smith and the administrator of the Federal Transit Authority, Nuria Fernandez, toured part of the SWLRT line Tuesday and heard from transit officials.

When Hennepin Country recently added another $200 million to the SWLRT budget, it brought the total projected cost so far to just over $2 billion. That makes it the most expensive public works project in state history.

"I’m glad in the legislation we’re working on in Washington we’re trying to figure out local communities some extra flexibility in order to cover some of those costs," Smith told reporters. 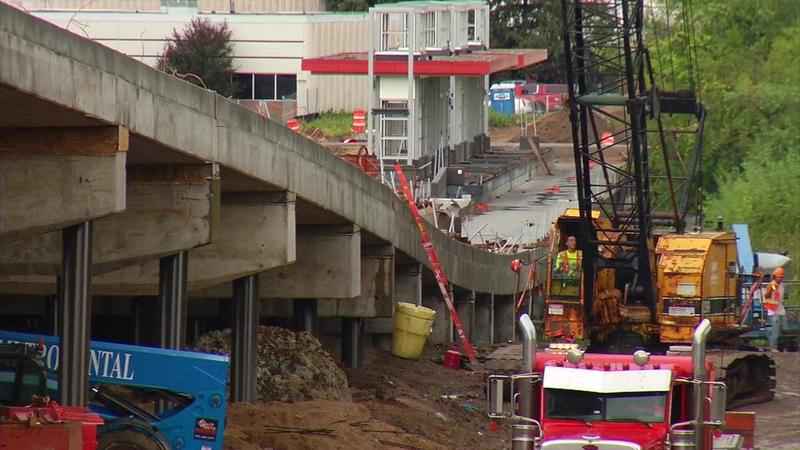 Smith chairs a transportation subcommittee in the U.S. Senate and conducted field hearings in the Twin Cities today. She invited Fernandez from the FTA to participate and see several Twin Cities transit projects. Fernandez says it’s not unusual for light rail projects in heavily developed urban areas to have cost overruns.

"There’s always going to be some unforeseen condition," she said. "That’s one of the reasons not only this project but projects around the country include a contingency into their projects."

But those contingency funds have a finite amount of money available. At some point, the project has to fit within a budget and a time frame. Zelle says it’s unclear when a better cost estimate will be available or an estimated opening date. It’s already been pushed back from 2023 to possibly 2025 or later.

"We’re really looking forward to sequencing and finding what that date and final cost will be, but I have confidence we’ll bring it home."

The biggest drivers of delays and cost overruns have been the construction of a tunnel and barrier wall in south Minneapolis. As of this week, the entire project is about 50% complete.