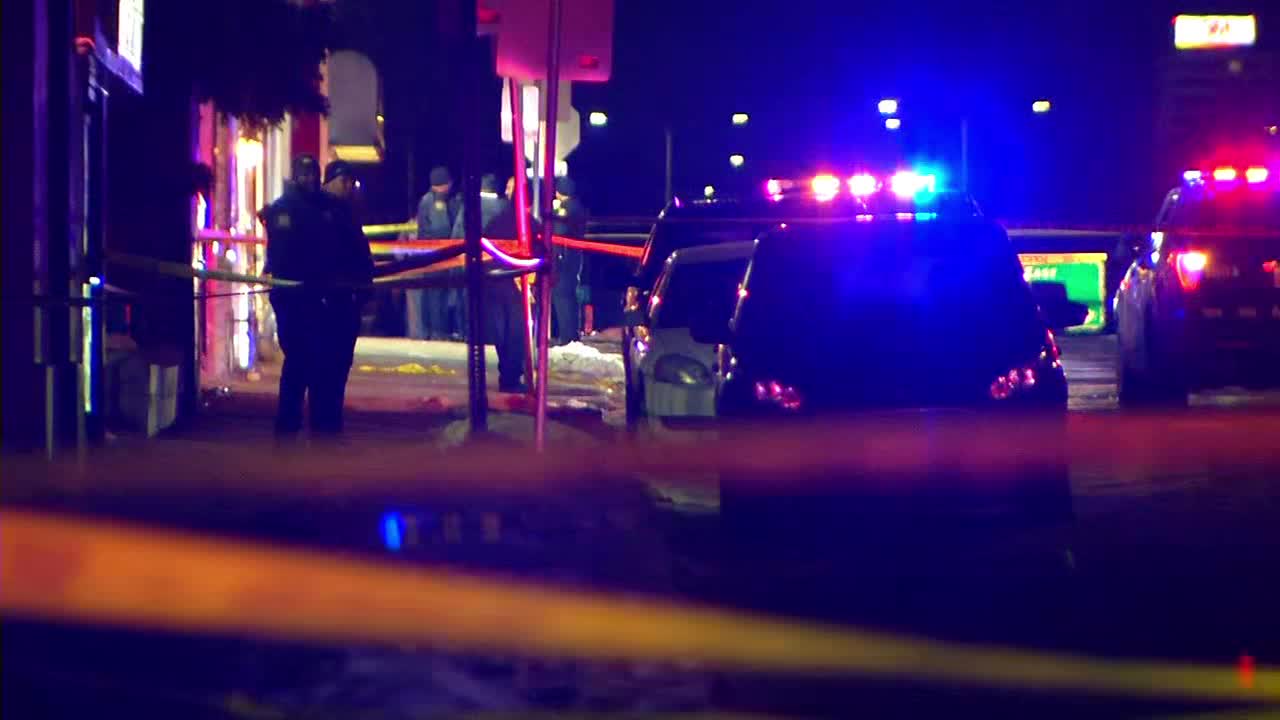 Crime scene tape is set up around the scene where St. Paul police shot a suspect Monday, Dec. 5, 2022. (KSTP)

The man shot and killed by St. Paul police Monday evening was a 24-year-old father. Sources tell 5 EYEWITNESS NEWS Howard Peter Johnson died after the shooting on the city’s East Side.

A memorial formed Tuesday afternoon at the intersection of Hudson Road and Earl Street in the Dayton’s Bluff neighborhood where Hudson was shot.

In an overnight news conference, police said officers responded around 6 p.m. Monday night to a call for a domestic assault. The 911 caller said the suspect had fled on foot and was holding a handgun, according to police.

Court records show Johnson had been convicted of several charges involving domestic abuse and violating no-contact orders dating back to 2018.

In February 2021, he was sentenced to a year in prison for violating more than two no-contact orders within 10 years, which is a felony in Minnesota.

After the 911 call Monday night, St. Paul Police said they found Johnson, who matched the description of the suspect, and he “appeared to be carjacking a victim.” Officers approached him in a squad car and thought they had struck him with a vehicle.

Johnson was reportedly still standing and holding a handgun, according to police. Upon exiting their squads, one officer opened fire, striking Johnson in the torso and leg.

Johnson was transported to Regions Hospital, where he later died.

The identity of the officer who shot Johnson has not been released.

St. Paul Mayor Melvin Carter said the city is working on releasing the body camera video of the shooting as soon as possible.