The University of Minnesota Athletics Department issued the following statement:

"We are devastated for Bob, Shelley, their family and all involved," said Director of Athletics Mark Coyle. "This is an unimaginable tragedy, and we will do everything we can to support those affected. We ask for privacy for the families, as they mourn the loss of loved ones."

Mack Motzko was a captain of the St. Cloud Cathedral Crusaders Hockey team. His team offered its condolences.

To a great captain, an outstanding player, a fantastic teammate, and most importantly an unbelievable person, we are going to miss you so much. You left an indelible mark on our program and with every person who interacted with your infectious personality. We love you Mack. pic.twitter.com/OPZquzGbzI

According to police, Motzko was in the rear seat of a car traveling at a high rate of speed that left the road and struck several trees. A 24-year-old male in the front passenger seat died from injuries. The 51-year-old driver sustained injuries and is in critical condition. They were taken to North Memorial Hospital, where Motzko died.

Police said alcohol and speed were likely to have contributed to the accident. 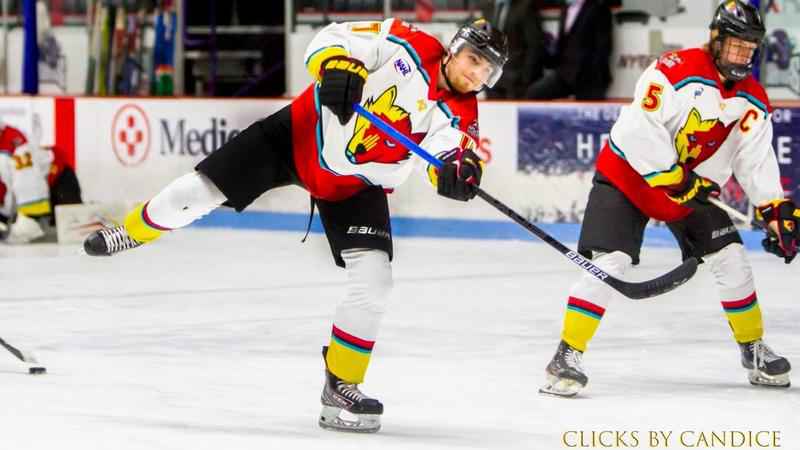 Many others, including University of Minnesota Duluth hockey, Minnesota State hockey and friends are mourning his loss.

The Maverick Hockey Family is heartbroken to hear the news of Mack Motzko’s passing. We send our most sincere condolences, thoughts and prayers to the Motzko family and all those involved during this difficult time.

The Stampede family is deeply saddened to learn the passing of former player Mack Motzko, son of former head coach Bob Motzko. The entire organization sends our deepest sympathies. Our thoughts & prayers go out to the Motzko family during a very difficult time. https://t.co/4FFld0npF2

While we are rivals on the ice, hockey is a giant family. We are deeply saddened by the news today and the entire Motzko family is in our thoughts and prayers. https://t.co/m8qFxCxQLR

The 20-year-old was a revered player at St. Cloud Cathedral before moving to the Twin Cities in 2018 when his father became a Gophers coach. Since then he played for Minnetonka High School, the New Mexico Ice Wolves in the NAHL and last season for the Sioux Falls Stampede in the USHL.

USHL President and Commissioner Bill Robertson extended his "deepest condolences" to friends and family on behalf of the league.

The Minnesota State Patrol is assisting the investigation and reconstruction. The Hennepin County Sheriff’s Office assisted with the incident.