Some lanes of Interstate 35W are closed Tuesday afternoon as crews work to clear the scene of a "significant injury crash" involving several vehicles, including a semi-truck.

The victims were extricated and taken to hospitals in the area, the fire department said.

The extent of the injuries is unknown at this time.

This is a developing story. Stay with 5 EYEWITNESS NEWS and KSTP.com as we update with more information. 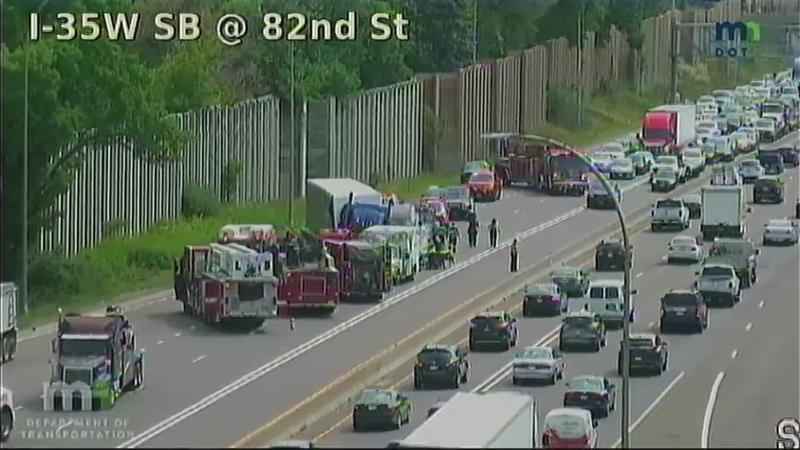