Some Hennepin County police chiefs held an engagement forum to have conversations with the community to build trust Saturday morning.

Chiefs expressed concern about the possibility of the county adopting a new policy to end felony prosecutions on low-level traffic stops.
Officials said the policy change would do more harm than good.

“The concern we have is that if the county attorney decides to do the same thing that the Ramsey County attorney does that we are going to unfortunately see another increase in violent crime,” Crystal Police Chief Stephanie Revering said.

Revering is also the president of the Hennepin County Chiefs of Police Association.

The police chiefs heading departments in Crystal, New Hope and Robbinsdale said ending low-level traffic stops in Hennepin County would be the start of a big problem. 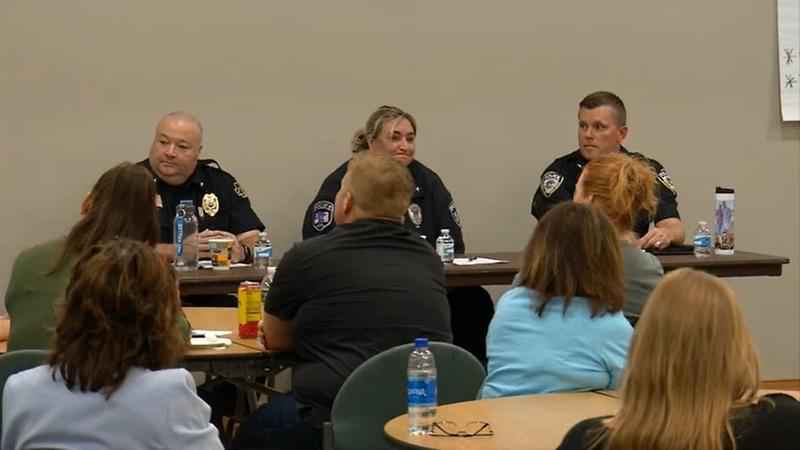 “We are displeased with what happened. We think traffic enforcement is very important. That helps arrest some really big criminals,” Robbinsdale Police Chief Patrick Foley said.

At the beginning of September, the Ramsey County attorney announced a new policy to end felony prosecutions that stem from low-level traffic stops.

It was designed to change the use of traffic stops that are not for public safety reasons.

“I get both sides, but it’s so violent in Hennepin County right now. Our officers, when they make some of these stops, they’re doing good work where they are finding the guns, and they are finding the drugs and it’s a snowball effect,” New Hope Police Chief Tim Hoyt said.

According to a Stanford University study, traffic stops affect communities of color disproportionately often leading to an arrest and jail time.

“I couldn’t agree more with that and I understand that argument as well. And I don’t disparage it,” Revering said.

Chief Revering acknowledged the disparities in the criminal justice system and explained implicit bias training for officers is an effective tool.

She said the overall solution to fix the problem is not black and white.

“I think it’s very much in the gray area. It’s just not a law enforcement issue. It’s just not a prosecuting attorney or judge’s issue. It’s all of us. It’s the community,” Revering said. “We all need to figure out how to work together and not make these knee-jerk reaction policy changes.”

The Hennepin County attorney and the police chiefs are having a meeting next Thursday to discuss the low-level traffic stop policy and if it will be adopted in Hennepin County.