It’s been an iconic landmark across the St. Croix River for nearly a century.

The Stillwater Lift Bridge, linking Minnesota and Wisconsin, is an intimate part of the city’s history.

“Stillwater’s lift bridge is the landmark,” Brent Peterson with the Washington County Historical Society said. “It is an important part of downtown Stillwater.”

The first bridge built across the river in 1876 was a wood toll bridge. After the wood bridge caught fire and fell apart, the City of Stillwater wanted a change.

“The talk in the town was we need a metal bridge, one made out of steel,” Peterson said. 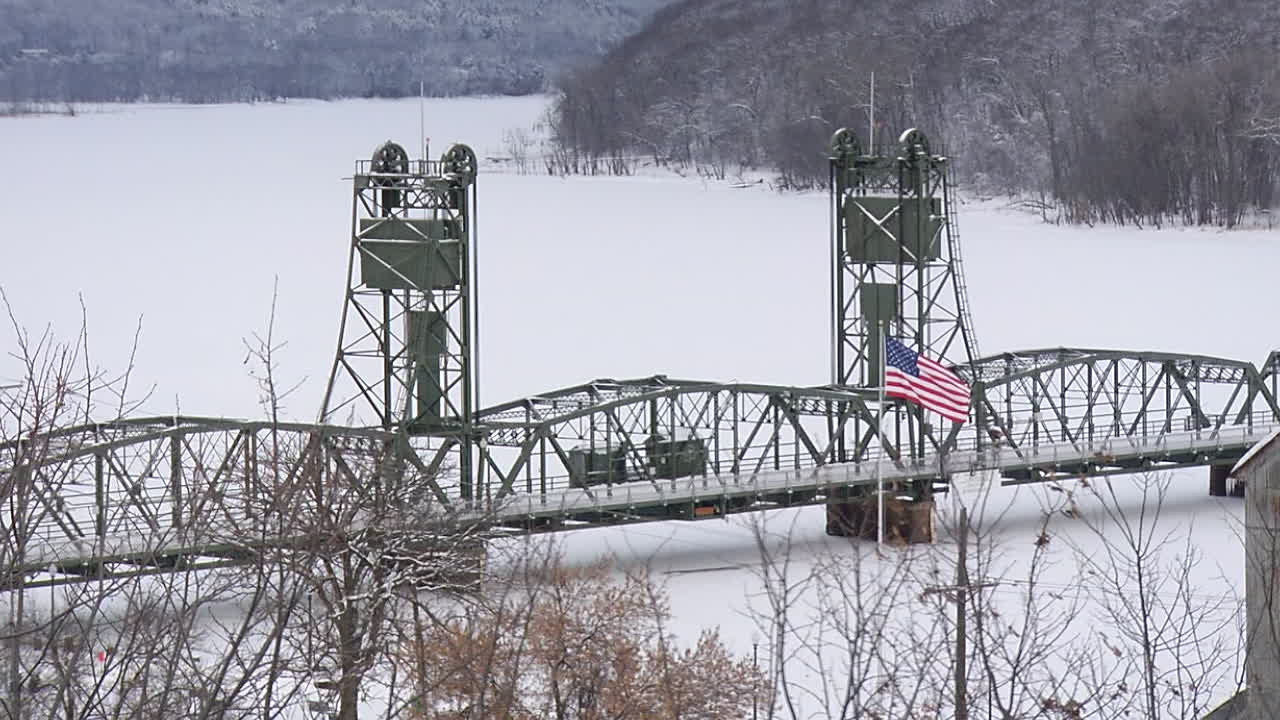 A view of the Stillwater Lift Bridge from above (KSTP).

The Stillwater Lift Bridge was built in 1931. Over the years as Stillwater grew, so did traffic troubles downtown because of the bridge.

“You tried to avoid it because the lift bridge would go up, traffic would not only go back a little bit but eventually go back miles, and sometimes when the lift bridge got stuck, then it was just chaos,” Peterson said.

In 2017, the new St. Croix Crossing bridge opened to traffic. The Stillwater Lift Bridge then closed to vehicle traffic. It’s now listed on the National Register of Historic Places.