The death of a pet can be heartbreaking.

One Richfield family found a way to honor the passing of their dog while helping their neighborhood at the same time.

“That was very tough for us,” Craig said. “We held his paws, sat with him and said goodbye. It was like 4 o’clock in the morning when he passed away.”

In the grief of their loss, the couple wanted to create something to honor Cooper’s memory. 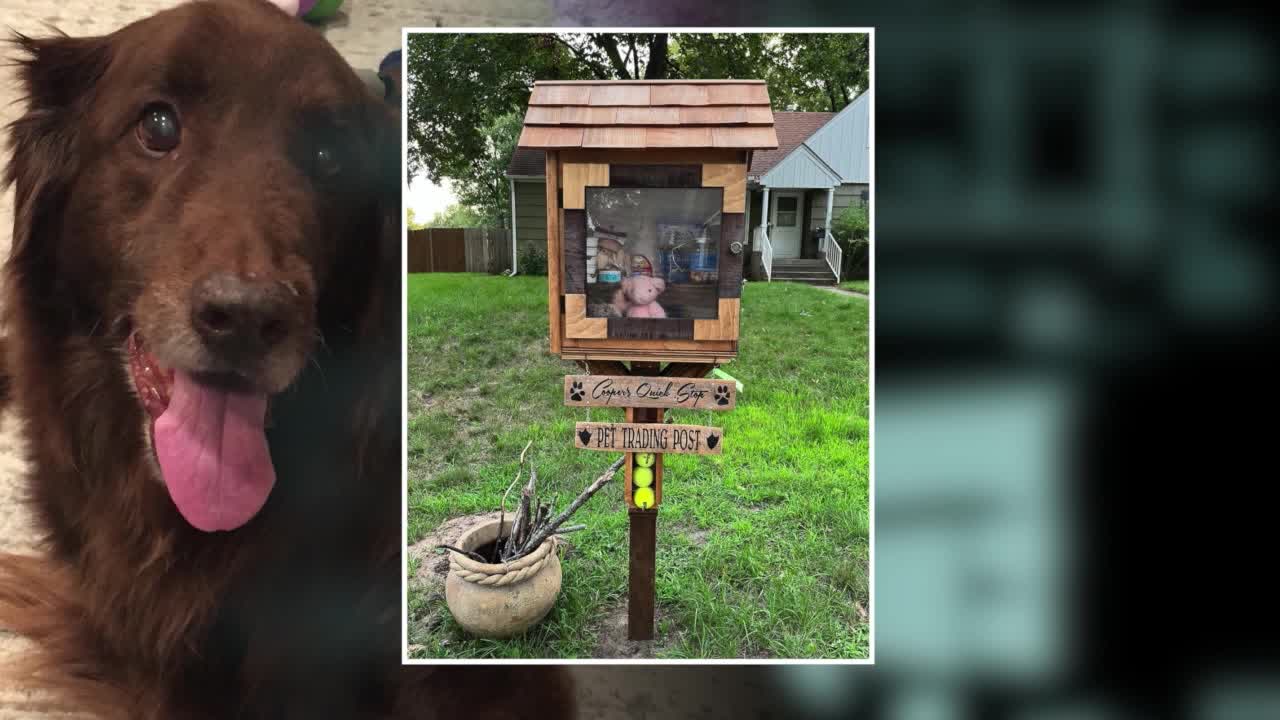 “I had the outline of a project that just needed a purpose, and through that mourning of Cooper I wanted to channel that grief into something positive,” Craig said.

Instead of a Little Free Library in front of their Richfield home, they decided to create a pet trading post, calling it “Cooper’s Quick Stop.” They fill it with dog toys and treats.

“I think our neighbors were excited about putting stuff in there right way and that kind of helped,” Dana said.

There are other pet trading posts in neighborhoods around Minnesota but there is only one Cooper’s Quick Stop.