Dresser, Wisconsin may be a small community — but they know to turn out big when one of their own is in need.

Saturday, Peace Lutheran Church was packed with people there for a plate of spaghetti and silent auction. But it was the guest of honor the brought out the crowd.

“It came out of nowhere. I mean really it did, you know,” Sheri Anderson, Jenni’s mother said.

Tacheny first found lumps in her arm and was told by three different dermatologists she had nothing to worry about.

“It’s not all about looking for moles,” Tachney said. 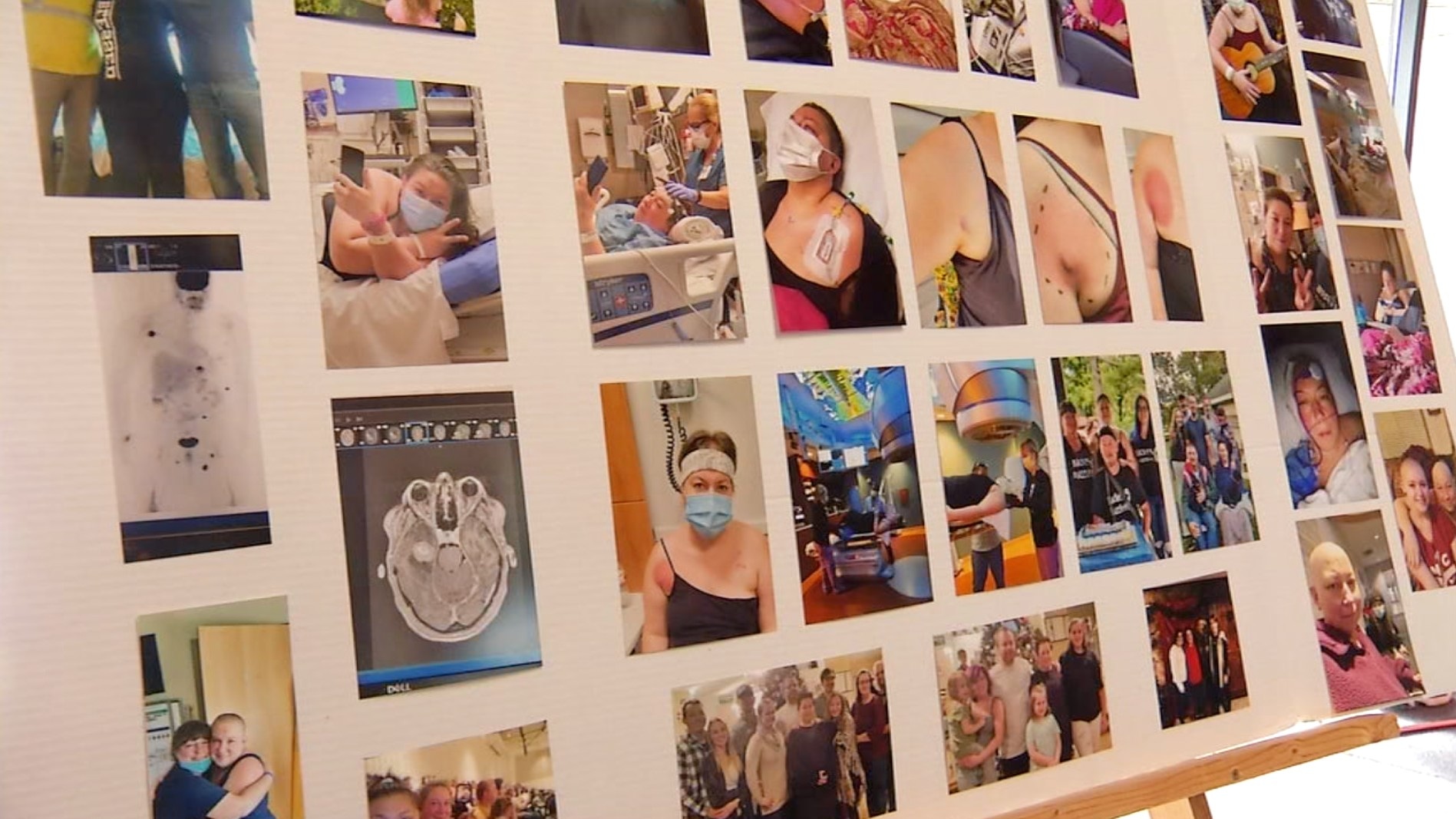 Her cancer never presented itself in the way dermatologists typically warn about. But when persistent headaches sent her back to the doctor, that’s when they found the brain tumor. Her cancer had metastasized to Stage Four.

She knows well what her daughter is going through as she, too, is battling basal cell carcinoma.

RELATED: Mother and daughter battle skin cancer, their message for everyone

“I have chemo that will be coming up. I’ve had three surgeries already and I have at least one more to go,” Anderson said.

With the surgeries and chemotherapy, Anderson said she’s has a good prognosis. But, Tacheny’s future isn’t as certain. This is why friends and family from all over gathered on Saturday to show their support.

“Life is scary and it can be really short. Shorter than you think,” Tacheny said, “Today’s about seeing people I haven’t seen in a really long time, people to reunite with to say my goodbyes to.”

No matter what happens, Tacheny said she feels the love and knows her family will continue to be supported.

If you would like to support the Tacheny family, there is a GoFundMe set up here.