Slowdowns along Hwy 212 in Chaska after semi rollover

The slowdowns were due to a semi truck that appeared to have rolled over into a ditch along the highway.

Emergency crews were at the scene, pushing eastbound traffic into the shoulder to circumvent the crash.

The Minnesota State Patrol reported troopers were also at the scene and they reported there were no injuries as a result of the crash. 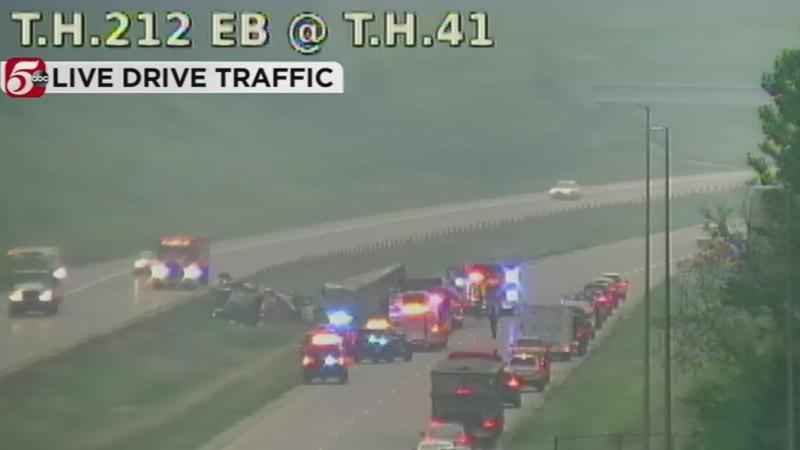