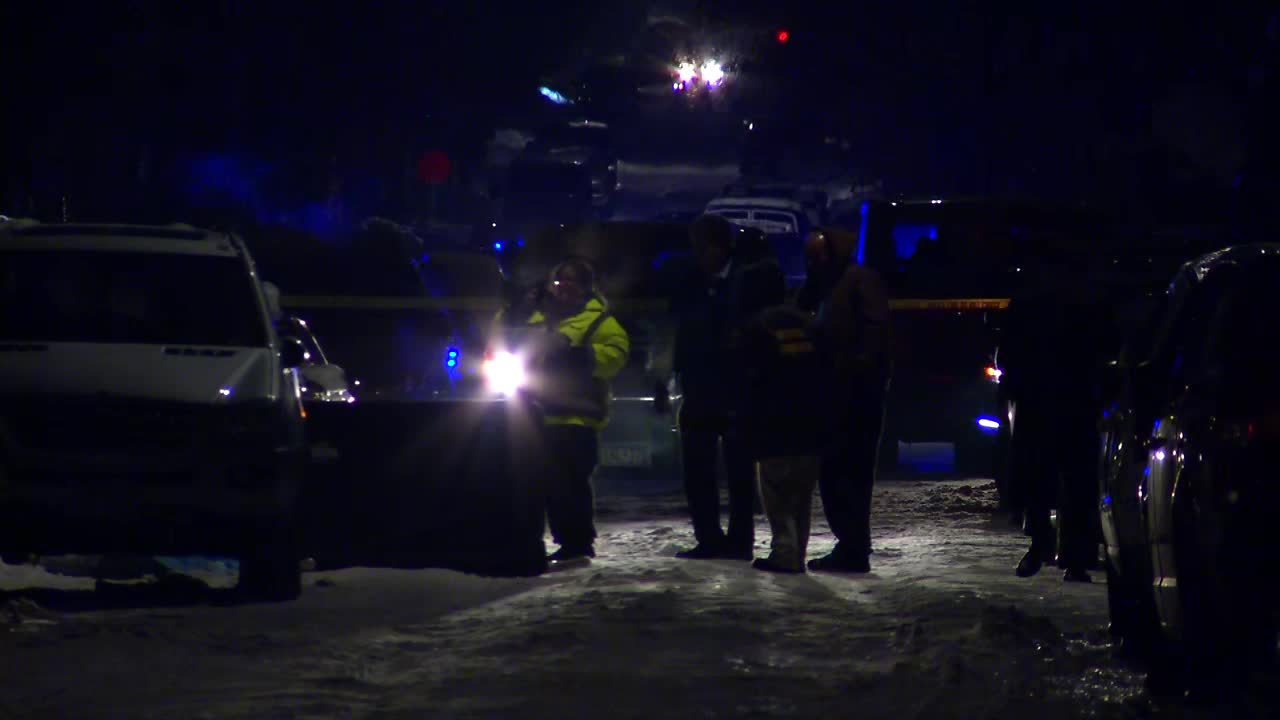 Police collect evidence at the scene of a deadly shooting Friday, Jan. 13, 2023, in north Minneapolis. (KSTP)

According to Minneapolis Police Chief Brian O’Hara, the juvenile victim was found near the intersection of North Dupont and Dowling avenues after police received successive reports of a car crash and a person being shot around 6:30 p.m.

The victim was in the driver’s seat of a Kia that had been reported stolen earlier in the day.

In a press briefing, O’Hara said social media videos exposing a flaw that leaves some Kia and Hyundai models open to theft is at least partly to blame for youths being involved in violent crime.

“The problem is when juveniles learn about how to steal these vehicles so easily, they often then become involved in more serious problems because they learn even when they’re caught by police, there’s no consequence,” he said, referring to minors being released from custody shortly after their arrests.

Police believe the homicide is connected to a report of gunshots coming from a vehicle a few minutes earlier at 38th and Dupont avenues and that the victim had been shot while he was inside the Kia.

Two teens who fled the crash returned to the scene and were being questioned by police. No arrests have been made.

Friday’s shooting marks the fourth homicide in Minneapolis so far this year.