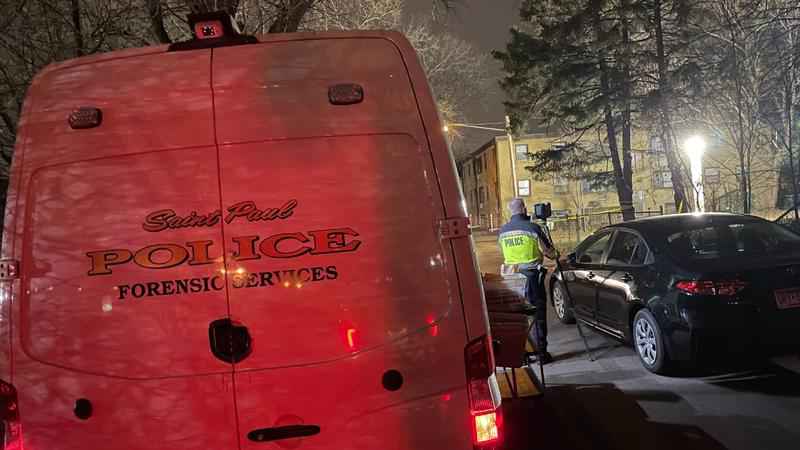 Homicide investigators gather evidence at the scene of a fatal shooting Saturday, Nov. 20, 2021, in the Payne-Phalen neighborhood of St. Paul.[St. Paul Police Department]

Police say a man is dead after he was shot late Saturday night in the Payne-Phalen neighborhood of St. Paul.

According to the St. Paul Police Department, officers responded to a report of shots fired around 11:30 p.m. near York Avenue and Cypress Street.

Police found a man who had been shot outside an apartment building and began administering first aid. Medics later arrived and pronounced the victim dead at the scene.

No arrests have been made as of Sunday morning, and police said they do not believe this was a random incident.

This was the 34th homicide of the year in St. Paul.

Anyone with information on the shooting is asked to call the St. Paul Police Department’s Homicide Unit at 651-266-5650.

The victim’s name and cause of death will be released following an autopsy and family notification.