Sheriff: Suspicious package was placed at Ramsey Co. Courthouse with ‘intent of terrorizing’ 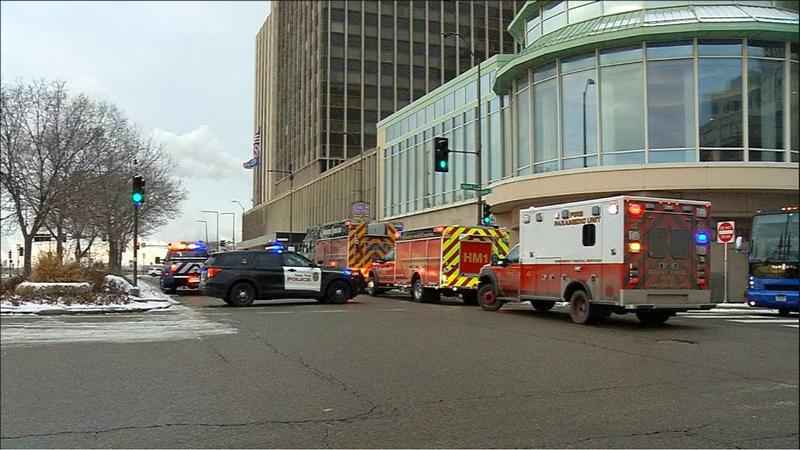 Authorities say a suspicious package found at the Ramsey County Courthouse was “designed to look like an improvised explosive device (IED).”

In addition, the Ramsey County Sheriff’s Office says the device was placed with the “intent of terrorizing individuals at the Courthouse.”

According to the Sheriff’s Office, deputies were called to the courthouse on West Kellogg Boulevard at about 7 a.m.

The incident caused the courthouse to be temporarily evacuated and closed, and traffic was also diverted.

Members of the St. Paul Police Department’s Bomb Squad, as well as the Hazardous Materials Team with the city’s fire department, recovered the package.

The Sheriff’s Office says the courthouse and streets were reopened at about 9 a.m.

INITIAL REPORT: Authorities say the federal courthouse in Ramsey County, as well as the surrounding streets, are back open following the discovery of a suspicious package.

According to the St. Paul Police Department, a deputy with the Ramsey County Sheriff’s Office found a suspicious package at about 7 a.m. Monday.

St. Paul police say the bomb squad is investigating and the area reopened around 8:30 a.m. It’s unclear what the package contained.