Heavy rainfall canceled the grandstand show at the Minnesota State Fair and sent many people running for cover.

Intense rains began to hit the fairgrounds just before 9 p.m. Saturday, prompting the Minnesota State Fair to pause its grandstand performance. It was later canceled.

Crowds were seen running through ponds of waters and rainfall toward shelter.

Some at the fair received an alert on their phones seek cover.

Rides at Mighty Midway and Adventure Park were closed, along with shows scheduled at the free stages throughout the fairgrounds.

Refund information on the canceled grandstand performance can be found here. 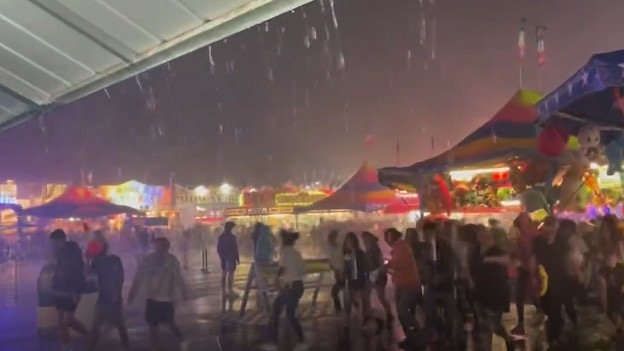