A bipartisan group of state lawmakers is calling on the Metropolitan Council to take responsibility for damage to condominium buildings in Minneapolis that are just feet — and in some cases, inches — from construction on the Southwest light rail (SWLRT) project.

Work in the area stopped after cracks appeared at the Cedar Isles condos in January. Problems along that section of the 14.5-mile line are largely blamed for delays and cost overruns on the project that is now expected to cost $2.75 billion.

Senator Scott Dibble, DFL-Minneapolis, added an amendment to the Minnesota Senate’s omnibus bill that would require Met Council to ensure that light rail construction “will not cause any further damages,” make repairs, and compensate owners for the “devaluation of their property.”

The legislation would also require Minneapolis or Hennepin County to reassess the values of all units at the condo buildings in question.

“We heard from residents who were telling us they can’t even get real estate agents in to list the properties that they’re trying to sell,” Dibble said. “I put the amendments in to require that the Met Council step up and take responsibility.” 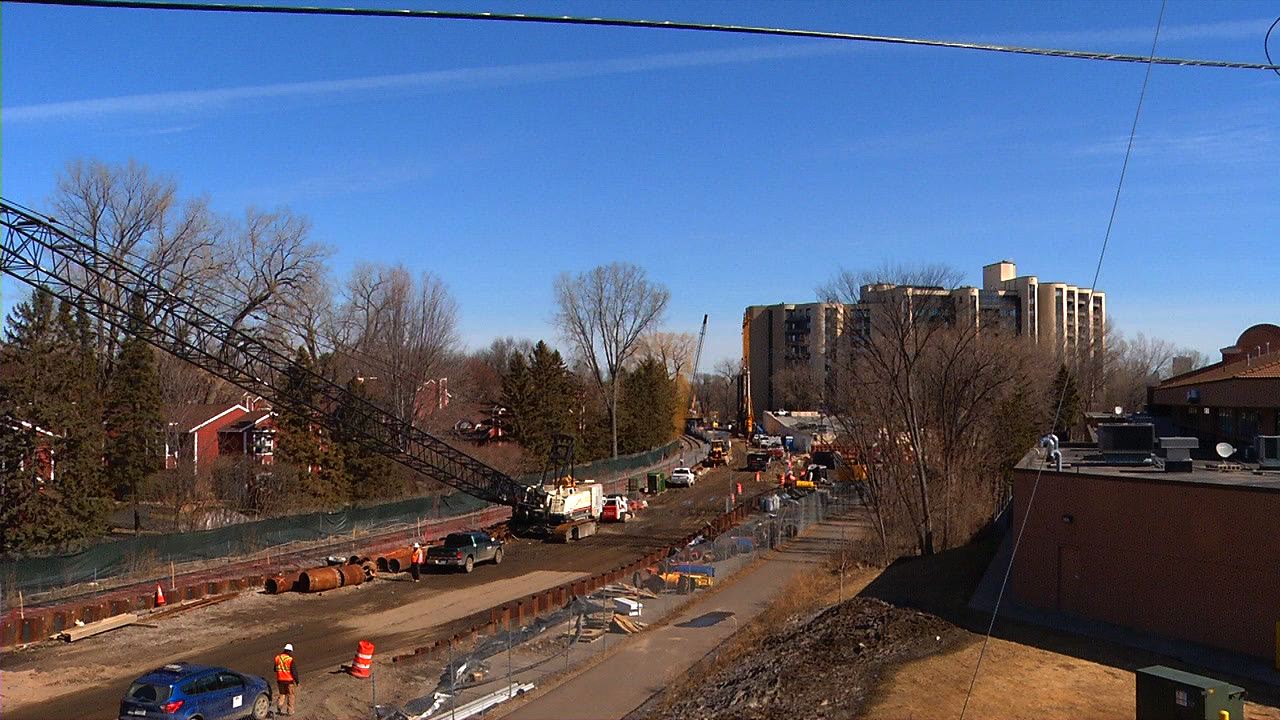 An engineering firm hired by the Met Council recently minimized the impact of construction on the damage to the condo buildings, but the Senate’s bill would also require the agency to pay for a “peer review” of the findings.

5 INVESTIGATES recently reviewed emails, public statements and other reports over the last decade which contained early warnings about running the Southwest light rail route so close to the condo buildings, which were converted from grain silos in the 1980s.

During an interview for that report, Met Council Chairman Charlie Zelle stopped short of promising to compensate the condo owners impacted by construction.

“I don’t think compensation. I can’t speak to that,” Zelle said. “I think it’s much more about how can we continue the project and what can we do for this building.”

Senate President David Osmek, R-Mound, says he is frustrated with the Met Council’s response so far.

A spokesperson for the Met Council says the agency is aware of the amendment to the omnibus bill and says it is “currently analyzing the language.”

At last check, the Southwest light rail project was 62% complete. Construction is now expected to be complete in 2025.