The father of U.S. Senator Amy Klobuchar has died. He was 93.

Jim Klobuchar was a newspaperman and journalist who worked at the Star Tribune for many years.

His cause of death wasn’t immediately clear, although Amy said in a statement that he "lived his final chapter of his life with Alzheimer’s."

Klobuchar announced last summer that her father had tested positive for COVID-19 but no serious complications were announced. 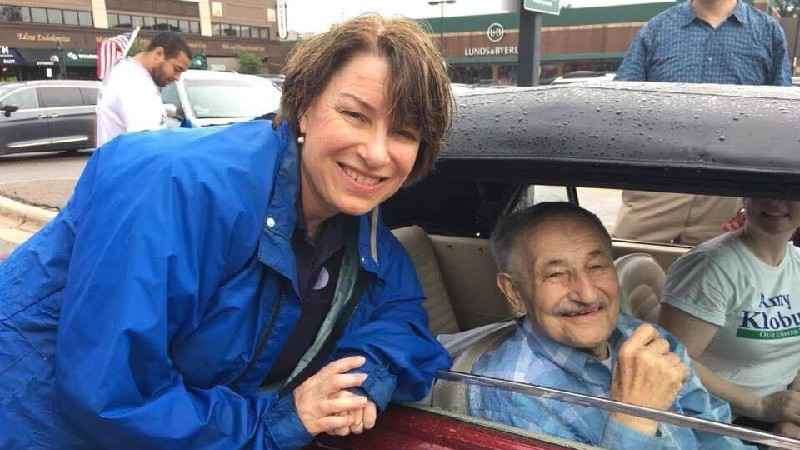 "I feel very blessed that I had the privilege over the last 20 years or so to get to know Jim Klobuchar," Walz said.

Klobuchar issued the following statement following the death of her father:

"Throughout his life my dad was a champion of those on the outside. Through his writing he gave voice to the struggles and triumphs of countless Minnesotans. He grew up the son of an iron ore miner, attended a community college in Northern Minnesota, and graduated with a journalism degree from the University of Minnesota. He worked as a reporter in Bismarck, North Dakota, and for the Associated Press in Minnesota. He started reporting and covering sports for the StarTribune in 1961 and wrote a general public interest column—often filled with good humor—for years. When he retired in 1995 he had written 8400 columns and had been voted the nation’s "outstanding columnist" in 1984 by the National Society of Newspaper Columnists.

"My dad went from that hardscrabble mining town of Ely, Minnesota, to travel the world, interviewing everyone from Mike Ditka to Ginger Rogers to Ronald Reagan. He led adventure trips from Minnesota’s bike trails to the mountains of Nepal.

"Through his columns my dad told stories of the "heroes among us,"—ordinary people doing extraordinary things. He used his words to stand up for people. But he also stood up for me, from urging me on to finish a father/daughter ten-day 1100-mile bike trip from Minneapolis to Jackson Hole, to believing that a woman could actually win a Minnesota U.S. Senate seat.

"His own struggles with alcoholism were very public and he helped others by sharing those stories, as well as how his faith and family and friends helped him on his lifelong journey to redemption and sobriety.

"Even to the end, as he lived the final chapter of his life with Alzheimer’s, he was still singing songs and telling incredible stories to my sister Meagan and me. He loved our state. He loved journalism. He loved sports and adventure. And we loved him."