Semi upright after spill on Hwy 169 in Bloomington

Progress was being made at the scene of a tipped-over semi along northbound Highway 169 in Bloomington.

The semi tipped over along the highway to eastbound Interstate 494, KSTP Traffic Reporter Josie Smith said.

The Minnesota Department of Transportation reported cornmeal spilled from the semi. Following cleanup, the ramp reopened just after 8 a.m.

The ramp from Washington Avenue/Marth Road ramp to eastbound I-494 remained closed Tuesday morning for cleanup. 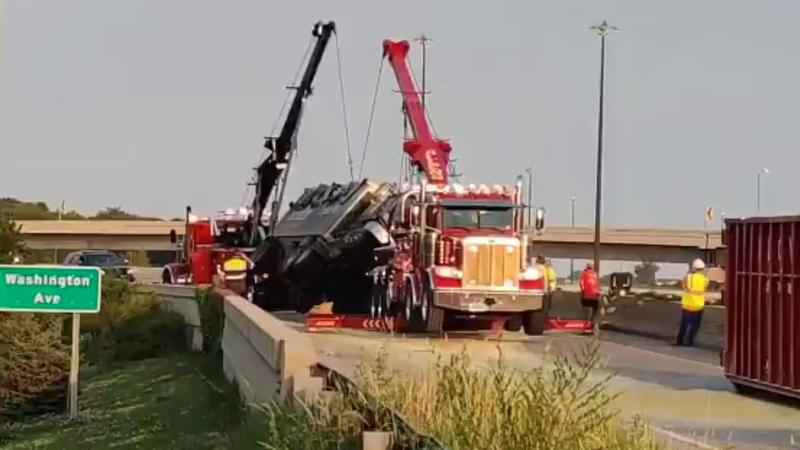 The Bloomington Fire Department reported the semi driver was extricated and was being evaluted at the scene.

UPDATE! MnDOT tells me it’s actually cornmeal that spilled out of the big rig on Hwy 169 NB to I-494 EB. About another hour before the ramp reopens. The Washington Ave/Marth Rd ramp to I-494 EB may need to stay closed longer for add’l clean up. https://t.co/wiagwePlXs pic.twitter.com/i9lOeUxYZ8

Back on its wheels! Progress is being made at the scene of this earlier tipped over semi along Hwy 169 NB to I-494 EB in Bloomington. https://t.co/wiagwePlXs pic.twitter.com/6KupmYvgBq