Cottage Grove Public Safety crews responded and found the semi and a vehicle above it on fire.

The city says firefighters requested extra resources and were eventually able to extinguish the flames and cool down the vehicles with water. However, the semi, three vehicles it was hauling and a vehicle parked next to the semi all ended up with extensive damage.

Crews were still spraying the semi down, and cars on the trailer attached to the semi were smoking when a 5 EYEWITNESS NEWS photographer arrived at the scene. 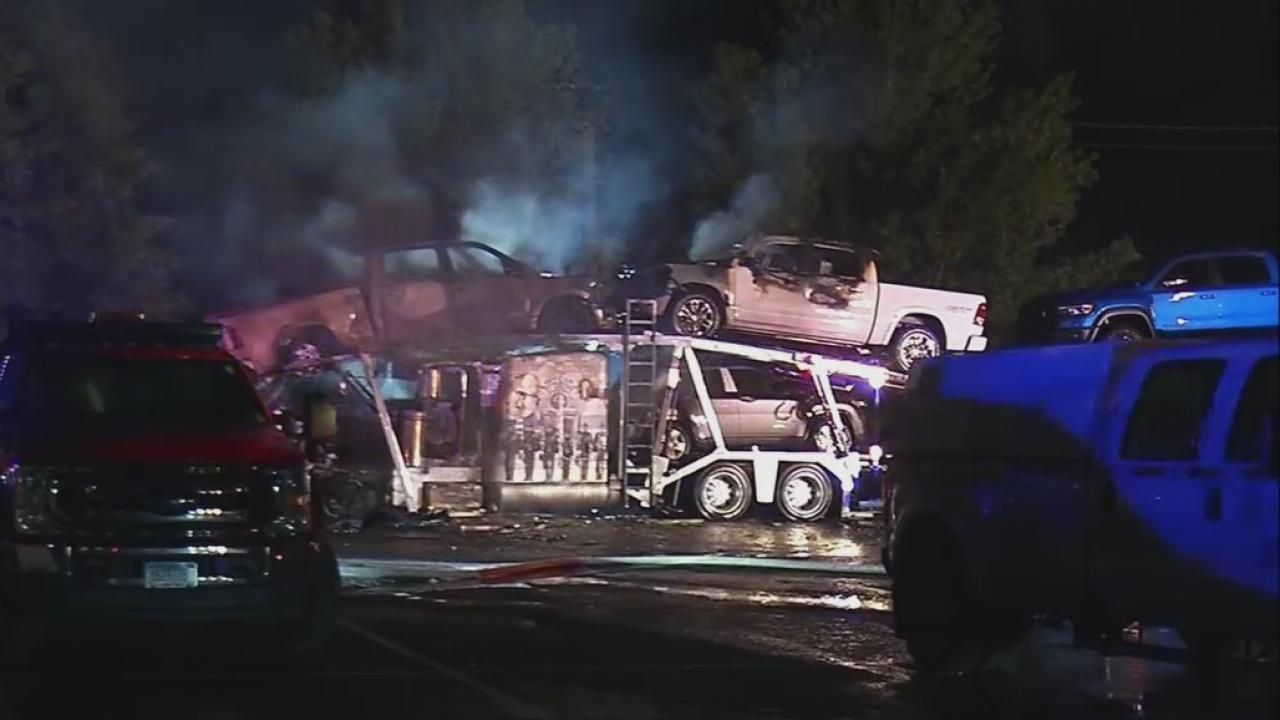 Cottage Grove Public Safety says the cause of the fire is under investigation but it is believed to have been caused by an electrical issue.