Security measures in Minneapolis to continue easing this week

Starting this week, those in Minneapolis should see an easing of security measures downtown.

More plywood boards that were placed over windows are expected to come down, and security will ease at the Hennepin County Government Center where former officer Derek Chauvin’s trial was held.

Many business owners didn’t know what to expect during and after the Chauvin trial.

After the guilty verdict came down, many told 5 EYEWITNESS NEWS they were relieved and said they’re ready for things to get back to normal.

This week, more members of the National Guard are expected to return home. 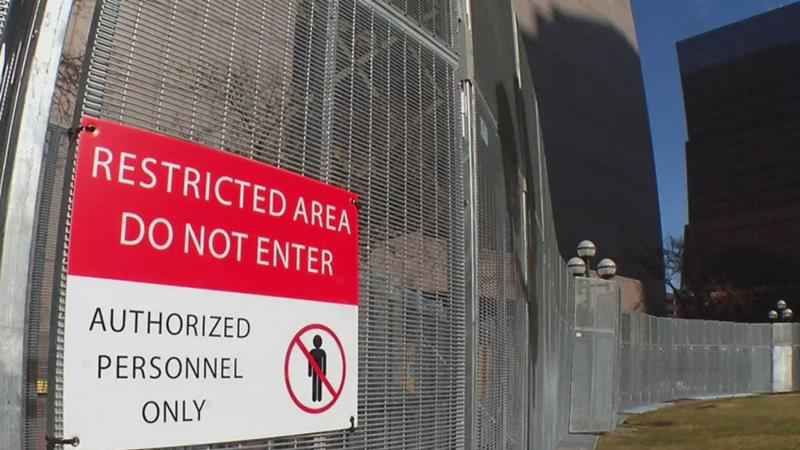 Meanwhile, at the Hennepin County Government Center, no registration will be needed to enter the building and fencing gates, doors and the surrounding skyway will re-open.

At one point during the trial, there were 3,000 National Guard troops in Minneapolis and 1,000 law enforcement officers.

The goal was to protect people and property with no one really knowing what to expect.

Even though the Chauvin trial is over, law enforcement leaders are still meeting every week and could ramp up security once again before the ex-officer is sentenced in June.

President of the Minneapolis Downtown Council Steve Cramer said he knows the work to restore people’s faith in the safety of downtown will take some time, but they are looking forward to the future.

"We will begin to see many of these buildings take down the boards that they put up as a precaution and we will get back to the positive trend that we were seeing more people coming back to the office and events occurring, Twins games, will pick up steam now," Cramer said.

Downtown was not the only area affected last week. Minneapolis Public Schools decided to conduct distance learning Wednesday through Friday as a precaution. Students will be back to the classroom Monday.