Security chief says no credible threats at Minnesota Capitol; plan in place for any protests, violence

Earlier this week, the FBI warned of plans for armed protests in all 50 state capitals leading up to President-elect Joe Biden’s inauguration next week.

Still, protests are expected at the State Capitol over the weekend and possibly next week. 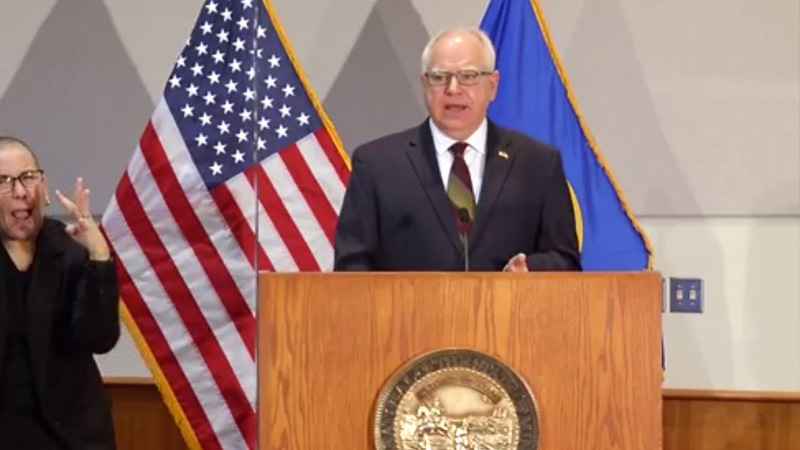 Harrington said he and law enforcement will protect Minnesotans’ rights to free speech and demonstrations as long as those are peaceful. However, he warned anyone planning to show up and commit violent acts.

Walz added, "I want to be clear, there is going to be accountability," adding that he and law enforcement officials take all threats seriously.

He also said law enforcement will continue to have a presence there for as long as is needed to keep the peace, saying there’s no set end date.

But authorities also asked for help from Minnesotans.

State Patrol head Col. Matt Langer also encouraged citizens to tell law enforcement if they see or hear something that could help them. While it’s somewhat cliché and seems simple, Langer said it’s important and very helpful for law enforcement.

St. Paul Police Chief Todd Axtell added that they’ve been working with federal partners every day, saying he wanted to make sure Minnesotans feel safe because law enforcement is doing everything it can to ensure the safety of everyone.

Maj. Gen. Shawn Manke, adjutant general of the National Guard, said Minnesota is sending more than 850 Guardsmen to support missions in Washington, D.C., ahead of the inauguration to ensure that violence doesn’t happen again. More than 21,000 troops from across the country are set to assist with security at the nation’s Capitol for the inauguration.