After what the district describes as a “confusing, overwhelming, and heartbreaking” few days, Richfield Public Schools will reopen its middle and high schools on Tuesday.

Monday, classes were canceled because of what Richfield police said were “online threats” made toward the schools. Also calling them “general in nature,” investigators have not shared if they know who made the threats.

But in a message Monday evening, the school district said classes will resume Tuesday based on “information related to law enforcement’s investigation into the online threat and our ongoing communication and partnership with the Richfield Police Department and state and federal authorities.”

However, some high school students showed up unaware there wasn’t class Monday.

“I’m, like, glad that the school was like, closed because anything could’ve happened, especially with the amount of students that go here, but this is just, like, the place that we live in and threats like this need to be solved,” said Tony Flowers, a freshman at Richfield High School who said he walked 40 minutes to school only to find out classes were canceled for the day. “I just feel like the people that are doing these threats sometimes think it’s funny, but it’s not.” 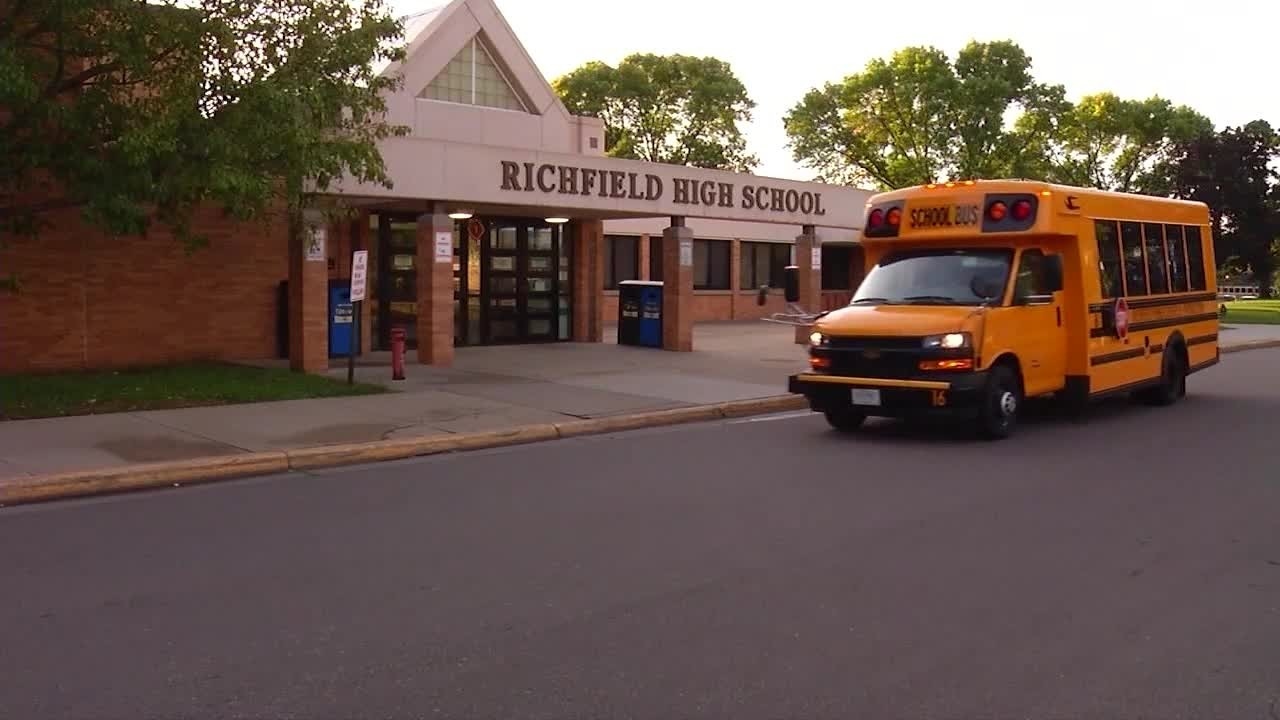 Friday, shots were fired during the school’s homecoming football game against Bloomington Kennedy. Two teens — identified as a 15-year-old Richfield High School student and a 16-year-old who used to attend Richfield High School — were arrested in connection with the shooting. Police say the 15-year-old is suspected of being the shooter, while the other is suspected of instigating the fight that led to shots being fired.

As previously reported, formal charges are expected to be filed sometime this week.

Two young men ages 18 and 21 were found shot by the northeast entrance to the stadium, and are recovering from injuries considered to be non-life-threatening.

“It’s been a mix of emotions. Anxiety, fear, feeling disgusted about it being so close to here,” said Chris Axelson, who has two children at an RPS elementary school.

Despite his kids’ school being open, Axelson kept his kids home Monday after the district said their absences would be excused. To keep the day light and somewhat normal, he organized a play date for other Richfield families.

“It was good. We had about 25 to 30 different people that met up at Augsburg Park to just hang out and get the kids excited about seeing their friends, even though it’s been kind of a weird week,” Axelson said.

That park-get-together and positive environment is something Wild Tree Wellness therapist Liz Kittleson said is a great idea.

As for the kids in our community that are too old for “play dates,” Kittleson said being supportive and being there to talk is crucial, with listening being key.

“As parents, we really need to be available to talk to our kids about it. It’s not something that we can say, ‘Oh, they’re resilient, they’ll be fine.’ We have to find the time to talk to them about it, and be honest, and sit there and listen,” she said.

Other resources to help start these tough conversations with children can be found here.

A Bloomington Public Schools spokesperson told 5 EYEWITNESS NEWS, “We deployed school and district mental health support teams to Kennedy High School for students throughout the day. We also have support plans for the football team and coaches in a team setting.”