One week after Hurricane Ida made landfall in Louisiana, the Salvation Army is expanding its efforts help to assist those who have been displaced by the storm.

Millions of people in the area are still without power or access to food and are in need of immediate assistance. Nationally, the Salvation Army has about 135 volunteers already helping in Louisiana, and now volunteers from Minnesota are getting ready to deploy.

"After about two weeks of working that long and that hard we bring in replacement crews. What we’re currently working on here in Minnesota is assembling some of those crews to be able to be deploying maybe in the second shift or the third shift," said Dan Furry with the Salvation Army Northern Division.

The Salvation Army Northern Division has several mobile food trucks waiting on standby to help people in need. One truck can feed up to 1,500 meals. The organization as a whole already has 40 trucks deployed to the area and has served more than 130,000 meals.

The Salvation Army Northern Division is working on assembling a team of Minnesota volunteers that are trained in emergency response to go down to Louisiana when they get the call. Furry said that could happen in the next few weeks and they’re trying to get as many volunteers ready as possible. 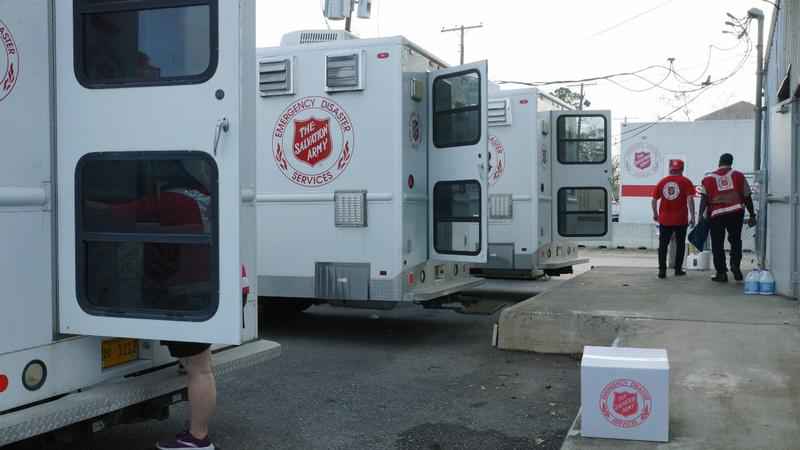 In this Aug. 29, 2020, file photo, Salvation Army volunteers stage a disaster relief area in the wake of Hurricane Laura in Lake Charles, Louisana.[Courtesy of the Salvation Army]

Furry said the response efforts will takes weeks, if not months.

Information on how to donate or become an emergency response volunteer is available on the Salvation Army’s website.