Safety ‘top of mind’ ahead of Twin Cities Pride Festival

Pride events across the metro area are making final preparations to kick off pride events in full force, after several years of modified events.

The pride parade will kick off Sunday, June 26 at 11 a.m. The march starts on Hennepin Avenue and 7th Street downtown.

“For me, it’s home. This weekend is home. This park is home,” said Twin Cities Pride Director of Operations Andy Otto.

The pride flag will fly high over Loring Park as the community celebrates 50 years of pride and progress toward LGBTQ+ equality.

“We’re not going anywhere and we are a large population. We’re here. We’re strong. We’re resilient, and we need to celebrate it,” Otto said.

Last year’s pride festival was scaled back because of the pandemic, but this year it’s back in full force.

Over 400 BIPOC and LGBTQ+ vendors will be spread out across Loring Park. Attendees will have access to food courts, entertainment and a beer garden.

Officials explained they’re increasing the amount of security. The security team will roam the park throughout the festival and EMS will be on site.

Twin Cities Pride also launched an emergency text alert phone line. Attendees can Text “ALERTS” to 612-255-3264 to be in the know at all times.

Festival-goers can also text or call the 612-255-3265 phone line, if they see anything that looks out the ordinary. 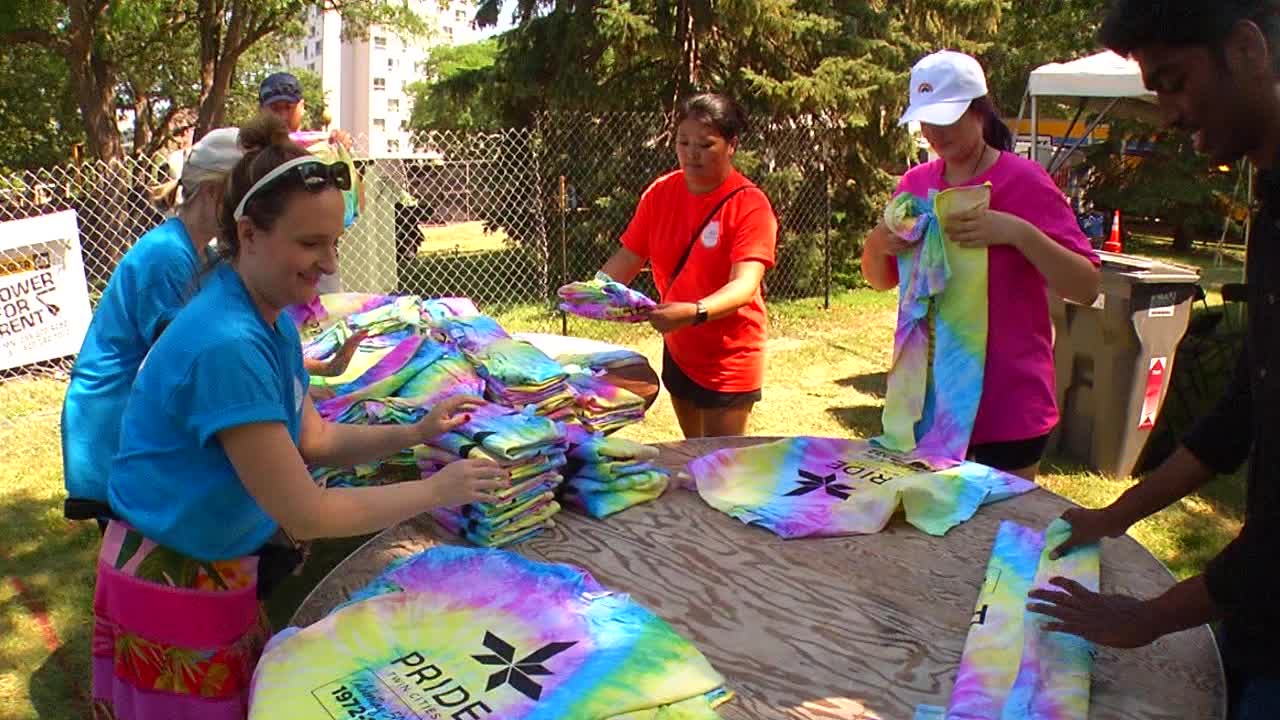 Downtown Minneapolis bars and restaurants are also preparing for the big celebration weekend.

Union Rooftop workers are giving the restaurant a facelift with pride colors to prep for the weekend.

The restaurant is holding events all throughout pride weekend.

On Sunday at 9 a.m., there’s a Pride Party and Drag Show to kick off the parade that will march by the rooftop on Hennepin Avenue. A drag show dinner will follow in the evening.

“We will have our security detail downstairs. We have a metal detector and if it goes off, they’ll do pat downs,” Johnson said.

Organizers agree that there’s no place for hate during pride weekend.

“To the kid who’s coming out who doesn’t feel like they have a place to go, this is it,” Otto said.