As the conflict between Russia and Ukraine deepens overseas, there is also growing tension for some back home.

Russian institutions in Minnesota are feeling the impact of the invasion and are showing their support for Ukraine as their country becomes the focus of international condemnation.

On Monday morning, a huge canvas outside the Museum of Russian Art in Minneapolis was transformed to display the blue and yellow colors of the Ukrainian flag. Executive Director Mark Meister says the museum released a statement on Friday in support of Ukraine.

“The museum stands with the people of Ukraine and urges Russia to cease hostilities immediately and withdraw. That’s how we feel,” Meister said.

Since that announcement, he says the showing of support from the community has been overwhelmingly positive.

“We have had an outpouring of hundreds and hundreds of people who are very grateful for our support,” Meister said. 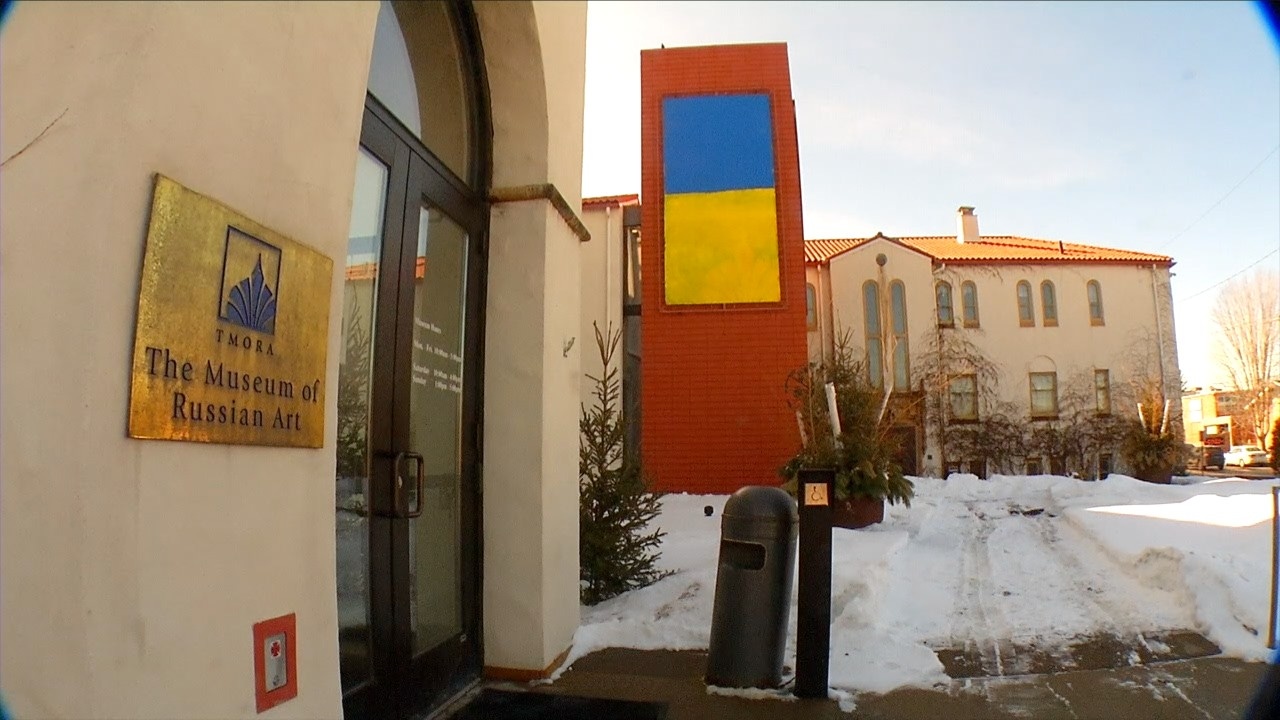 A canvas outside the Museum of Russian Art is painted in the colors of the Ukrainian flag Monday, Feb. 28, 2022, in Minneapolis. (KSTP)

Across town at Moscow on the Hill in St. Paul, the restaurant’s owners say they have gotten hate mail.

But most poeple reaching out have been kind, Liberman said.

“It’s overwhelming support from our freinds and neighbors and our customers,” Liberman said. “We have been here for 28 years and have a lot of good relationships over that time. You know, we just go day by day — that’s all we can do.”

Liberman was born in Russia but immigrated to the United States when he was 9. His entire family lives here now, all U.S. citizens.

He said it’s heartbreaking to see what’s happening in Ukraine.

“It’s so sad to see what is going on over there. It’s just innocent people being put in the middle of this nonsense that has nothing to do with them,” Liberman said. “It’s Vladimir Putin’s war.”

Liberman said one of his employee’s brothers lives in Kyiv and cannot get any money from the ATM or food. The relative has even filled his apartment bathtub with water just in case the water gets turned off.