Roseville officer in stable condition after being shot near Lake Owasso; suspect dead

UPDATE: A man suspected of firing around 100 gunshots at police officers and homes in Roseville is dead and an officer who was shot is in stable condition.

According to Roseville Police Chief Erika Scheider, callers reported hearing gunshots and seeing shots hit homes near West Owasso Boulevard and Victoria Street North at around 7:30 p.m. Tuesday. One caller reported that the suspect had a scoped rifle and was firing several shots.

When police arrived, the suspect continued shooting at officers and at neighboring homes and Scheider said officers couldn’t tell where the suspect was.

One of the responding officers was shot in the face, according to Scheider. That officer was dragged to safety by his partners and rushed to a hospital with serious injuries. As of Wednesday morning, Scheider said the officer — a nearly three-year veteran of the department — was in stable condition at the hospital.

A shelter-in-place was ordered in the area and SWAT was called. 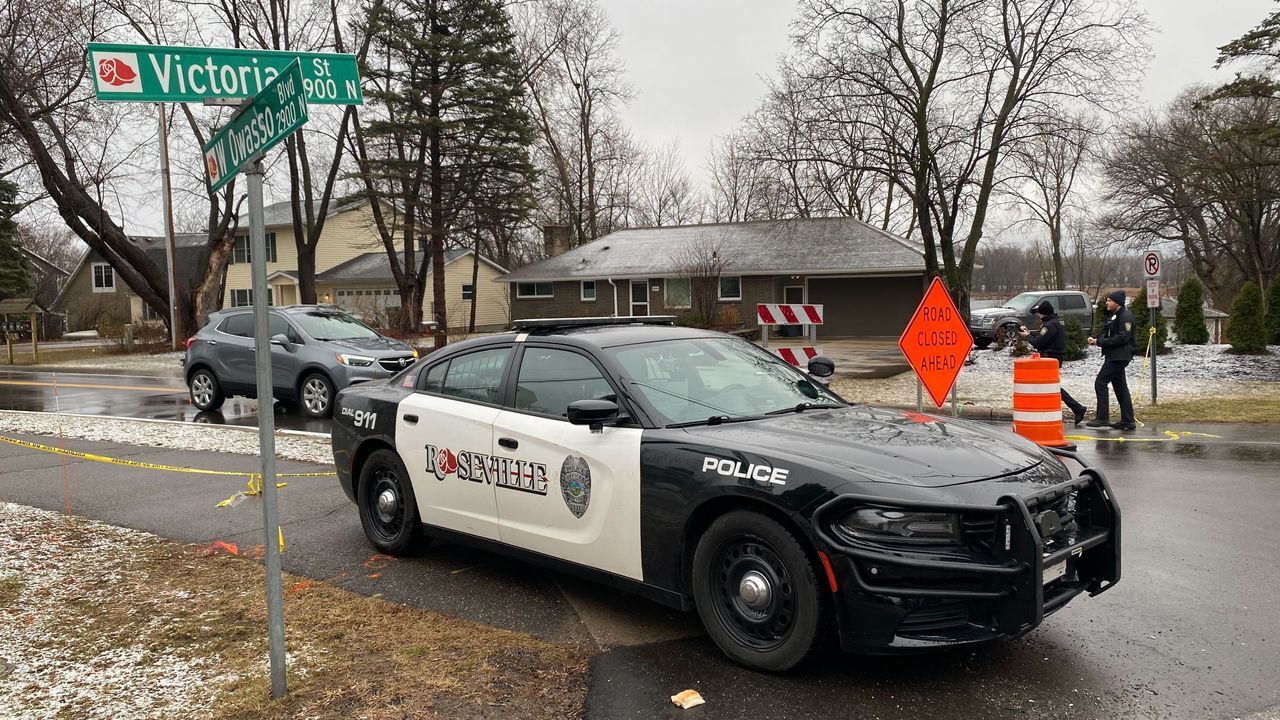 At around 8:34 p.m., an hour after the first 911 calls, an officer found the suspect and shot him, seriously injuring the man. Police said the 53-year-old suspect later died at a nearby hospital.

“Listening to how things unfolded last night, I could not be prouder of the bravery and courage that was displayed by our officers,” Scheider said Wednesday morning. “Knowing innocent lives were on the line, they ran to the threat and they did exactly what they’re trained to do, all of this knowing that their partner had just been struck by gunfire.”

Scheider noted that officers have responded to around 15 mental health-related calls with the suspect in the past. His motive remains under investigation.

The suspect’s identity will be released by the Ramsey County Medical Examiner’s Office at a later time.

The chief said all Roseville police officers wear body cameras and that footage has been turned over to the Minnesota Bureau of Criminal Apprehension, which is leading the investigation.

A witness described the scene as chaotic.

“All of a sudden I saw lots of squad cars. Typically doesn’t happen in this area. Raise of concern and they, just kept on coming. Heard some gunshots. Officers just kept coming and coming and there was a fire truck and they were coming out and they were full gear,” said Mike Heffernan, who says he lives near the shooting.

Wednesday’s full news conference can be found in the video player below.

INITIAL REPORT: Authorities say a Roseville police officer was shot Tuesday night in the line of duty and a suspect is in custody. The officer was taken to the hospital, but police gave no information on their condition.

Around 7:30 p.m., officers responded to a report of shots fired from a residence on the 2900 block of West Owasso Boulevard, near the south end of Lake Owasso. Once police got to the scene, more shots were fired, hitting the officer, Adams said.

Police say there is no threat to the public.

This is breaking news. KSTP is working to get more details and will post updates as more information becomes available.