The parade, which happens before the Rose Bowl in Pasadena, Calif., included the Rosemount High School marching band.

“This is really a great accomplishment,” said Jeff Grayson, a parent of a Rosemount student. “The students found out just over a year ago. They were surprised at our season-ending banquet last year that we were invited to the Rose Parade.”

They’re one of 21 schools that performed at the event, which was expected to be viewed by about 70 million people.

“We hope that they get to just savor this moment now and for the rest of their lives because this is a big deal in the best of ways,” Grayson said.

The last time the Rosemount band was at the parade was in 2014, meaning the seniors in this year’s band would have been in third grade. 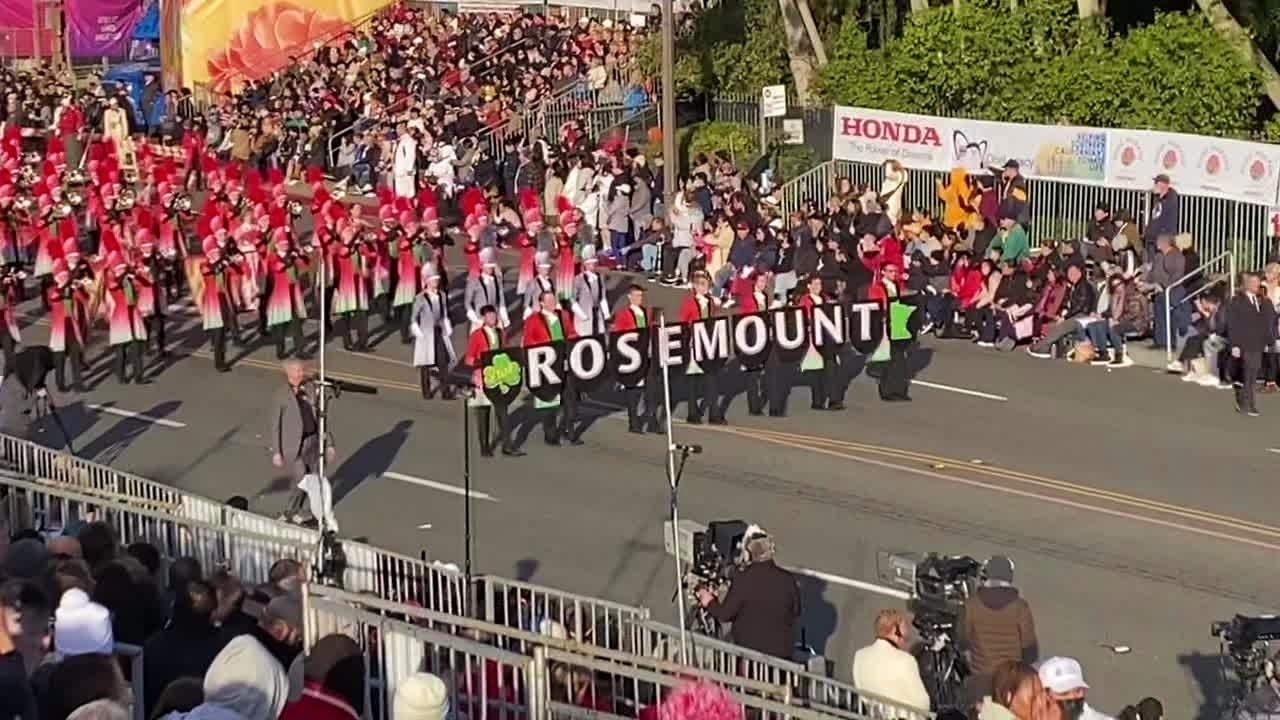 The Rosemount High School Marching Band performs during the Rose Parade on Jan. 2, 2023.

“These kids work so hard. The marching band season begins in the summer with rehearsals, with practice and they put in hundreds of hours. As soon as the 4th of July is over, they begin,” Grayson added.

In addition to performing in the parade, Grayson says band members got to see sights in Los Angeles such as Hollywood and the Santa Monica Pier.

“I think they’re really excited and we can’t wait to see them. We’re really proud of them for the work they put in, the commitment they put in and this is a big deal,” said Grayson.