An emotional gathering took place Wednesday night — after a shooting changed two lives, and jolted the Rondo community a week ago.

“We need to come together to figure out ways of how we help heal,” declares Theresa Neal, a former board member with ‘JK Movement,’ a St. Paul non-profit that empowers youth.

“It was a traumatic event,” recalls 18-year old Nevaeh Jones, a student mentor. “I didn’t really know what to think at first.”

Jones was among those at the Jimmy Lee Rec Center when gunfire rang out in the parking lot. 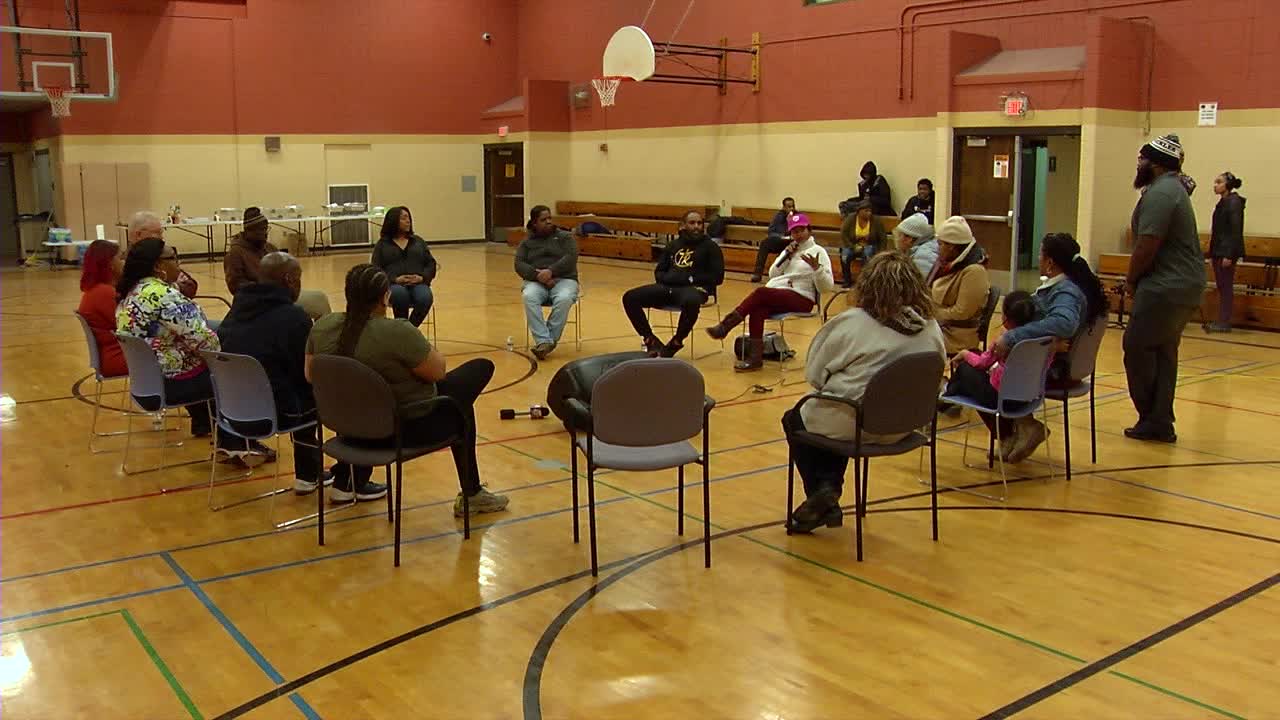 “It was just hard because I knew both of the people — not very well —but I knew them,” Jones says. “I’d been around them a couple of times. It was just pretty hard.”

On Wednesday night, The JK Movement hosted a healing circle — a conversation among people in the community and rec center staff.

It was not always an easy discussion.

At least some attending know both Binford and the 16-year old he is accused of shooting.

There was no judgement here — but instead, caring.

The non-profit is now setting up office space at the rec center.

One of their missions is to spread the message that the rec center can be a safe space, if people help each other.

21-year old Jayci Mason, who says he was mentored by The JK Movement since he was a kid, explains he’s trying to make a difference.

“Just trying to recover what we seen last week,” he says. “Nowadays, it’s just a little tougher now. Got to be more aware, just got to be ready for more tragic stuff and it’s so sad. We just got to love each other, that’s all I really got. It starts with love.”

The group plans to host another healing circle at the rec center on Thursday, from 3-6:30 p.m.

Organizers are considering making this a monthly event.

Neal hopes sessions like this will become a kind of roadmap for youth who are navigating tough times.

“We come with a listening ear and an open heart,” she says. “We may not necessarily say we have all the answers. But we certainly want young people to recognize that there is a place and a sacred space where the can come and they can be heard.”

You can find out more about The JK Movement here.