Rogers teen defies the odds one step at a time

It was back in July 2021 when the Rogers teen was critically injured in a car crash on the way to the family’s cabin.

“We were in shock,” said a tearful mother, Stephanie Secrist, when recalling the accident. “We knew her route, we found her before the ambulance could take her away.”

For several months, Rachel was hospitalized with damaged vertebrae from the wreck, learning to sit-up and then using a wheelchair.

“They told us that she would never walk again,” Sam Secrist, Rachel’s father, said. “The first moment I heard it my knees gave out.” 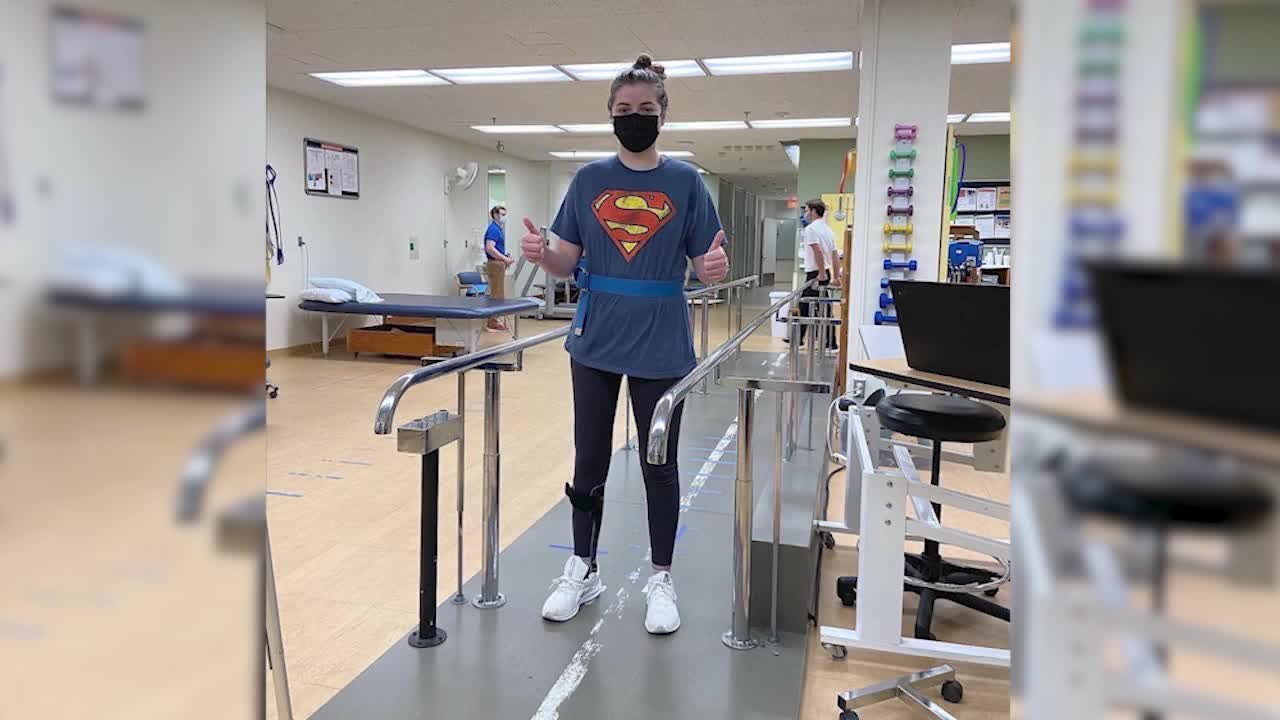 The difficult revelation about her chances of walking again led the family to focus their attention at beating the diagnosis.

“She was going to power through it,” said Sam Secrist.

The family’s journey has taken them to the Courage Kenny Rehabilitation Institute where Rachel has been learning to walk again.

Rachel said her family has been her inspiration.

“My mom has been there through everything, she calls me every day, I keep going she gets excited,” Rachel said.

The physical therapy has paid off — she walked across the stage at her high school graduation at Rogers High School last spring.

And now, she’s closer to walking without any assistance from a device, like a brace, she said.

“Not just the couple hours in therapy, it’s going home and doing the work, you’ve 100% done that,” Miller said to Rachel.

To get to this point, Rachel wrote goals that she wanted to achieve in her recovery.

“I had something to work up to do, so I kept going to one point, and then went to the next thing, it didn’t feel like one long process,” she said.