Scott Prost is passionate about movies.

“It’s part of the purpose of them, is to take you away and get away from your problems or whatever you’re worried about,” he says. “To make life better for you.”

That’s probably a good thing since he’s the proud owner of 50,000 movies on DVD, even some VHS tapes here and there.

Since 1986, Prost has owned and operated Video Universe, a Robbinsdale video rental store.

He says this is the last of its kind in the Twin Cities — and among the few in Minnesota. 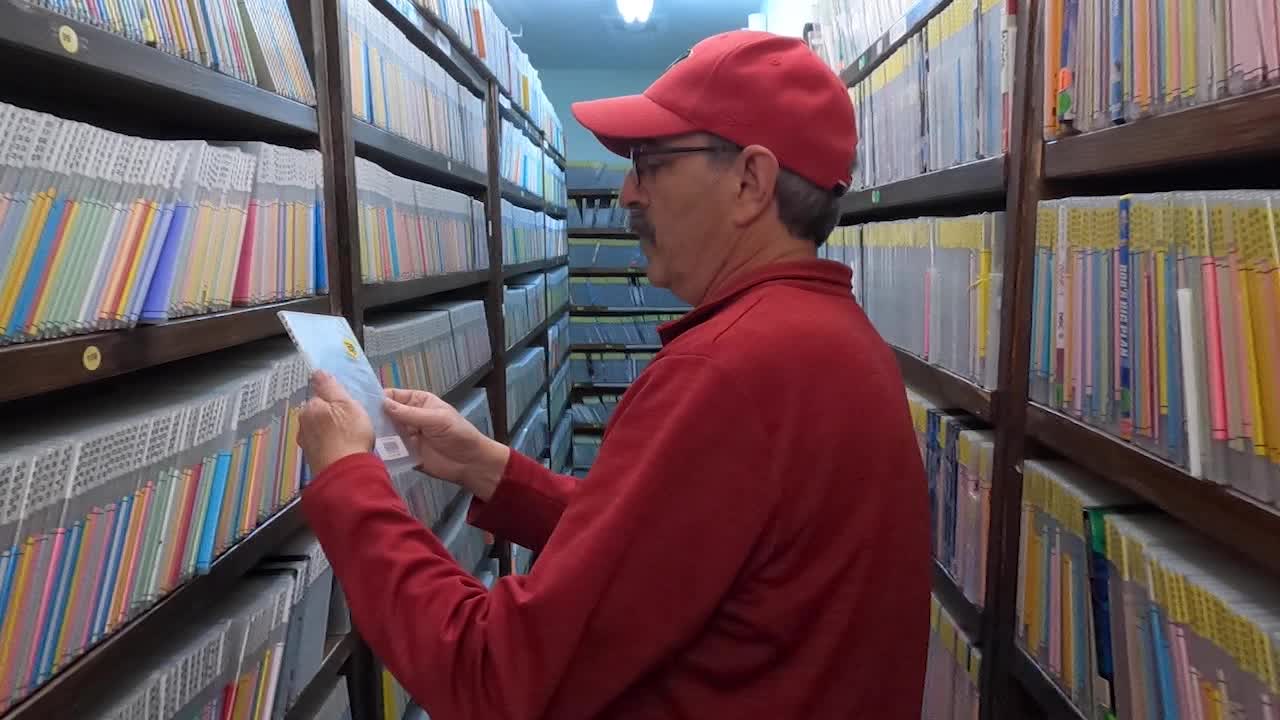 Video Universe owner Scott Prost finds a DVD in the back of his store on Saturday, Dec. 31, 2022. Video Universe, which Prost says is the last video rental store in the Twin Cities, is set to close for good in May. (KSTP)

“This place is almost like a museum of home video, of the history of movies on disc,” Prost explains. “This is a phenomenal collection, and you know, I think it’s a young person’s game for somebody to do with. I think something could be done with it if you had the passion for it.”

Prost is speaking about the future in the past tense, because after decades of collecting, buying, and selling, he’s decided to close up shop in May 2023.

“We’re sad to see it happen,” says Steve Ferkingstad, of Robbinsdale. “We know it’s coming for a long time, because of all the streaming and everything.”

He and his wife Sue are longtime customers.

“It’s been part of our life,” Sue Ferkingstad notes. “We’ve lived in Robbinsdale for 30 years now, so we’ve been coming here ever since Blockbuster closed, I think.”

Prost says streaming, especially during the pandemic, hit his business pretty hard. But he says he’s also come to the realization that it’s time for retirement.

“You get to the point where in your upper 60s and it’s time to not be tethered down to something non-stop, and that’s the way it’s been,” he says. “We’ve been open all holiday weekends. We’re here New Year’s Eve.”

Some customers, like Emily Bruner, say they’re not happy to see the store close.

Prost says he’d like to find a buyer — somebody to take over and maybe even start a kind of movie museum.

“To think that this is all going away is very sad, and I would like to see it all protected or saved somehow,” he says.

Meanwhile, Prost says the store will remain open until the end of May.

“I think there’s one thing about the convenience of clicking at home and not having to go, but at the same time, there’s everything I think,” she said. “Life’s an experience, and those are some of the experiences we’re going to miss.”