Queen Frye is trying to restore hope, one garden at a time, especially in the neighborhood where she grew up — north Minneapolis.

"We started to think about the vacant lots, how can we grow more food," Frye said. "It’s definitely a desert. It’s definitely access to fresh produce. Fresh, locally grown is very minimal."

At this time of year, it’s growing season for urban gardeners.

"Eating fresh foods, eating fresh produce, especially if it’s locally grown, can help raise your conscience," Frye said. "Can shift your thinking to make different decisions that you rather would have. Open up your mind a little bit. Connect you to earth."

In April 2019, she and her partner, Michael Kuykindall, started R. Roots Garden, a private urban farm on Penn Avenue. 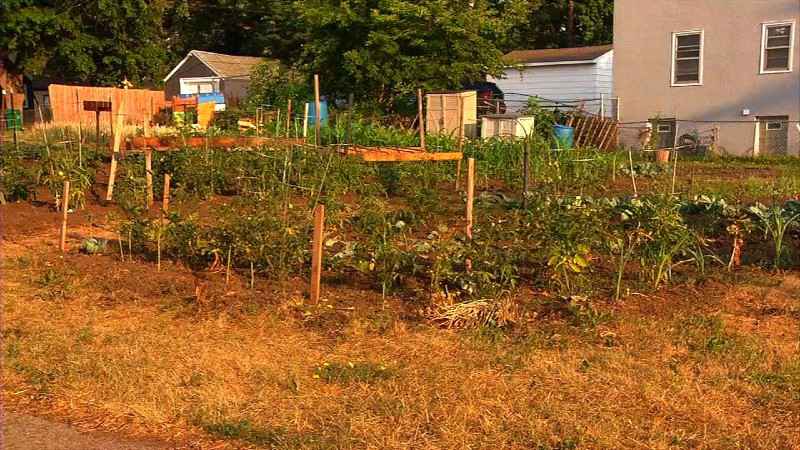 "We’ve gotten so far away from growing our own food and knowing how to take care of ourselves," Kuykindall said.

"I like to teach people that they can take control of their health and grow food that, you know, can protect them from different diseases and stuff," Kuykindall explained. "Help people find the nutrients that’s missing in our diet."

Frye said she was inspired by a story of a young man released from prison who planted a garden.

"He used this garden to reenter his community and build relationships," she said. "And I was really inspired by the story, and I was like, ‘A garden can do that? Well, what else could a garden do?’"

2019 was a difficult year for Frye. She was laid off from her accounting job. Her mother, Anna, who loved gardening, passed away.

So Frye began planning, and planting, a garden of her own.

"I remember going to the garden for self-healing, and being in the soil and watching things grow," she said. "It was like letting me know that death happens, but there’s still life here amongst us."

Starting with $2,000 of their own money, Frye and Kuykindall began growing and selling produce at the Broadway Farmers Market and building a food chain for those in need.

After all she had been through, it was an epiphany for Frye.

That neighborhood connection became even more important during the pandemic and the riots that followed the death of George Floyd.

Stores were looted and burned. Volunteers scrambled to set up free food pantries.

They’re keeping their gardens going and freezing any unused food at Kuykindall’s St. Paul dreadlock shop, From the Roots.

The couple hopes to encourage others to try planting.

"I know that most people might not know me as a farmer, ‘Oh, man, if Mic can do it, I can do it too,’ being an example for people," Kuykendall said.

She said one farmer dedicated part of his Penn Avenue garden to 6-year-old Aniya Allen, who was fatally wounded in May while eating McDonald’s in her family’s car.

"When they were out there for the vigil, they asked Paul, who’s one of the garden stewards, to plant a small memorial garden for her," Frye said. "It’s right there on the corner and kitty-corner from that, you can see all the teddy bears and things like that."

With the current rise in shootings in the city, Frye said she wants to do more.

"I want to learn how our roots can assist with the other pastors and leaders I see trying to address crime in our neighborhood," she said. "How can we make it so that people are so involved in this that they don’t want to hurt someone?"

Frye said she hopes to start a new fundraising campaign in August to hire some part-time workers, including young people from the community.

She said north Minneapolis is fertile ground for more gardens because of the number of vacant lots there.

One plan for the future: to convert her and Kuykindall’s RV into a mobile market that can travel to any neighborhood in the city.

"I’m still doing this every year. As long as I have land to grow on, I’ll grow food," Frye said. "I still expect radical change, I do. Definitely a lot of hope."