After inflation hit a 40-year high in June, the latest Consumer Price Index (CPI) report for July shows signs of improvement. The CPI accounts for all goods and services, including food, housing, apparel, transportation and the cost of cars among others.

The CPI for All Urban Consumers was unchanged in July, after rising in June.

“If you were to take that same basket of goods and look at it from June to July it looked almost flat so I think that is good news for consumer,” said Tyler Schipper, an associate professor of economics at the University of St. Thomas. “A lot of what made the CPI flat this time around is gas prices have been falling since mid-June so that fallen energy prices kind of offset some increases in other areas such as food and housing.”

The cost of gas fell in July but the food index increased by 1.1%, which was the seventh consecutive monthly increase of 0.9% or more. 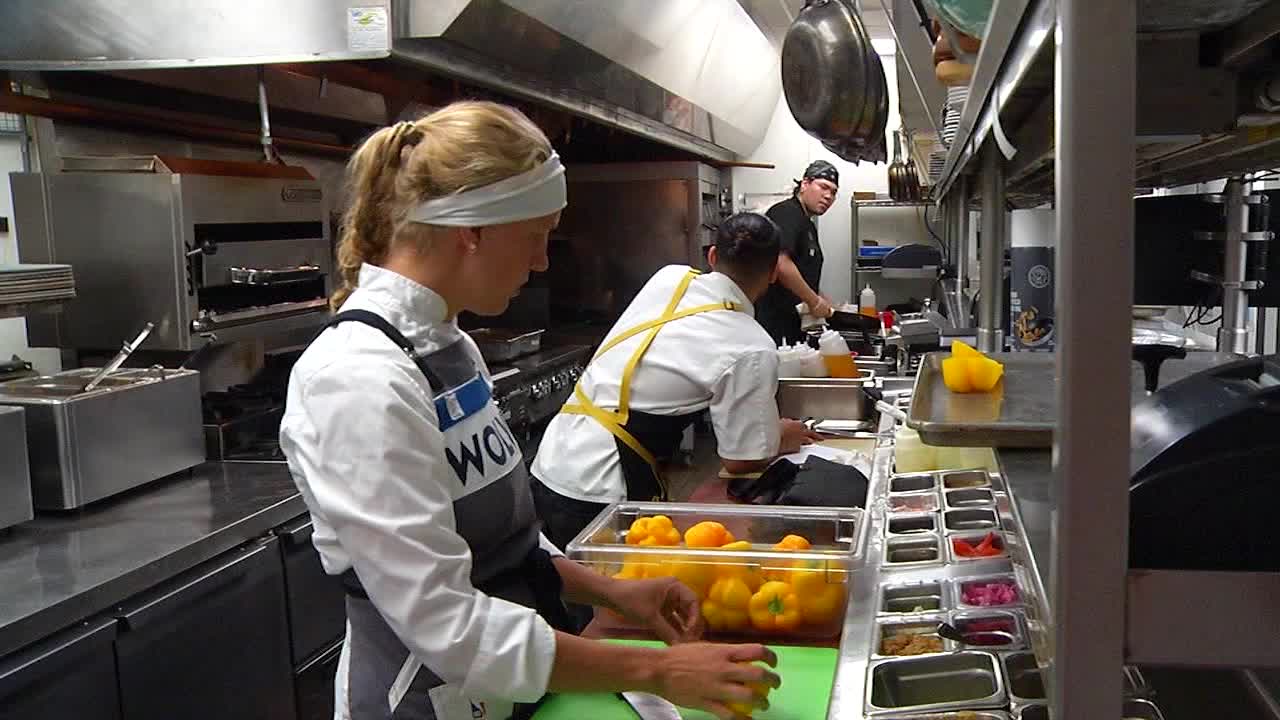 At Fhima’s Minneapolis, Chef David Fhima has adjusted the menu to account for the rising costs.

“Even if we decided to raise the prices to match inflation, we would have to charge you $80 for a bowl of pasta, literally, and we can’t do that,” he said. “So we have to bite the bullet right now and hope that it gets better quickly, trying to get creative with the menu items.”

He started noticing prices increasing in the Spring and initially thought it was related to the volatility of the pandemic.

“The minute I saw an invoice when the price looked off and I asked our accounting, ‘Can you check on this and do some comparison?’ and every single item was higher, every single one,” said Fhima. “We saw it creeping up but now it’s really, really bad.”

The higher gas and food prices over the last several months has affected how much they pay for delivery prices and staples to keep the kitchen running. The price of flour has doubled, according to Fhima.

“You’re seeing this pretty much across the board — flour, dairy, milk, poultry,” said Fhima.

“Our bread and butter in our industry is hope,” he said. “The data of yesterday, which was more tangible, added a little bit more reality to the hope.”

The average price of gas dipped below $4 per gallon this week.

“There’s kind of a hopeful aspect that if energy prices are falling, food prices will follow,” said Schipper. “It takes time for gasoline prices to start to fall then can also help food prices go down because transportation costs are part of that.”

He is hopeful the July CPI report might reflect a turning point for the economy. The data was released just two weeks after the Federal Reserve increased interest rates by three-quarters of a point to the highest level in four years.

“Maybe this changes their mindset just a little bit that maybe they’ll increase rates but they’ll probably increase them less than if we had seen inflation go up even more,” said Schipper. “Inflation was never going to drop down to that 2% in a month so if we see another report next month that sees inflation come down a little more and a little bit more, I think that’s the healthy trajectory that we’re looking for.”