Reports of drug use, intoxication and overdoses reveal depth of public health crisis on light rail

Police caught a woman smoking methamphetamine in the middle of the Lake Street platform. Paramedics carried a man away on a stretcher after an apparent overdose on the Blue Line. Another man injected a needle into his arm right below a transit surveillance camera.

Metro Transit light rail trains and platforms have become hotspots for illegal drug use and overdoses, according to a 5 INVESTIGATES review of police reports and videos over an 18-month period.

Advocates and operators say conditions on and around the trains are part of an ongoing public health crisis — a complex problem that leaders have promised to address and could debate again during a public forum on transit safety later this week.

Records show heavy and life-threatening drug use is most common at Union Depot, Lake Street and Franklin platforms, with one officer noting "a day does not go by that there aren’t needles and other drug paraphernalia."

A threat to safety 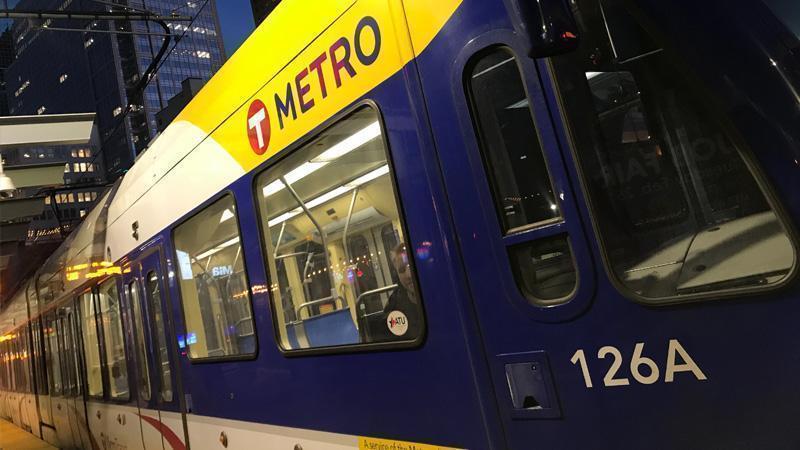 Out of more than 100 incident reports involving drug use and intoxication reviewed by 5 INVESTIGATES, nearly 20% required medical assistance for overdoses.

In one of those cases, officers said they found a 36-year-old man unresponsive on the floor of a Blue Line train at the Mall of America. Medics administered the overdose-reversing drug Narcan three times before taking him away on a stretcher. It’s unclear from the report what effect the dosages had on the man.

But even incidents that don’t end in overdoses can pose a threat to safety.

On New Year’s Eve in 2019, two officers said they observed a woman and two men appear to be in the process of injecting drugs at the Franklin station platform.

One officer started to search the group but became concerned he could injure himself "due to the fact that they appeared to be ready to inject with a needle," he later wrote in his report.

The officers’ concerns are echoed by transit riders, platform workers and train operators.

"This is absolutely a public health crisis," said George Tomic, an ICU nurse who said he has witnessed similar drug use on Metro Transit bus lines.

"You got the drugs, you got the needles, all of this, and it’s like, ‘Why are you out here?’" Leatha Falls, a transit maintenance worker, told 5 INVESTIGATES earlier this year.

"Needles everywhere. I’ve got pictures of piles of needles on the train," said Honey Darling, a longtime union representative for light rail operators at Metro Transit.

Darling testified in hearings at the State Capitol last year, but she and others say conditions on and around the trains have since gotten worse.

As recently as last month, a light rail operator requested police escorts on and off trains at the Franklin station platform because of "daily" drug and alcohol use.

"I have not felt safe in any way shape or form," wrote the operator in the letter obtained by 5 INVESTIGATES.

Darling attached the letter in an email to managers at Metro Transit. A spokesperson for Metro Transit has not yet said how those concerns are being addressed.

Darling said she plans to leave her job as a train operator next month out of concerns for her safety and frustration over how leadership has responded to her calls for action.

"It breaks my heart because I’ve been in public transportation for 20 years," Darling said. "I feel like I’m letting my members down because they call me every day begging for help, for safety, because they’re scared."

She said going on the record in an interview with 5 EYEWITNESS NEWS was a last resort.

"They actually have a rule that you’re not allowed to speak to the media," Darling said. "But someone has to stand up for the public and the employees. I don’t know what else to do… I’ve tried safety reports, OSHA complaints, going to the Capitol twice — nothing’s helping."

Lawmakers and transit leaders pledged to improve safety in early 2020 when they first launched an effort to add unarmed transit inspectors or ambassadors on trains.

"We need safety for everybody," said Charlie Zelle, executive director of the Metropolitan Council, which oversees Metro Transit.

Since then, Zelle said the agency has added live security cameras on trains and approved millions of dollars in police overtime, but specific legislation to further address safety concerns has yet to move forward.

"That petty crime, drug use — unacceptable behavior is unacceptable. We have to have eyes and ears and personnel as a presence where people feel uncomfortable having that kind of behavior in our places," Zelle said in an interview with 5 INVESTIGATES earlier this year.

It established a Homeless Action Team in 2018 that partners with nonprofit organizations to provide outreach to people who use the trains for shelter — including those struggling with addiction.

"There are a lot of scenes that you’re never going to forget. It’s hard," said Alexis Myers with Radias Health.

5 INVESTIGATES recently observed Myers and Officer Quentin Waterkamp as they offered help to people around Union Depot in St. Paul — one of the documented hotspots for drug use.

For those who are battling addiction and are also unsheltered, Myers said things only became worse in the last year.

"We want you to not just get into a place, we want you to be successful when you get there," Waterkamp added. "People are starting to realize we have to work at the core of the issue, not the result of the problem."

Cody Reeves, 33, said he was among those fighting addiction while living on the streets and, occasionally, on the train.

"Being on drugs, not having anywhere to go, you kind of find refuge there, you know?" Reeves said.

But Reeves, who is now in recovery with help from Adult & Teen Challenge Minnesota, said he also feared becoming a victim of crime while seeking shelter on light rail.

"We’re all human, we’re all people, and we have needs," he said. "It was somewhere to sleep. It wasn’t comfortable."

Tomic, the ICU nurse who calls unchecked drug use on public transit a public health crisis, is questioning whether he should continue using the service.

"The overall combination of people who are trying to go to work and people who are suffering these issues is dangerous," Tomic said. "It’s volatile."

It’s a concern that could impact Metro Transit’s ability to bounce back from a pandemic that caused a massive drop in ridership.

One person not returning to light rail as an employee or a rider is Honey Darling.

Darling said she was recently returning from vacation as a passenger when she recorded video of a man holding a glass pipe and a baggie with an unknown substance on a Blue Line train at Minneapolis-St. Paul International Airport.

"On the corner with crystal meth," shouted the man who appeared to be under the influence in the video.