Recruiting Realities: Police staffing crisis not the same in every city, data shows

In a conference room at the Police Officers Federation of Minneapolis, the union’s new president, Sherral Schmidt, updates a large chart with color-coded magnets.

Each magnet represents a member of the department, from the chief of police down to rookie officers.

Since taking over as head of the union, Schmidt says she’s been pulling more magnets off of the board while adding very few.

At last official count, there were 654 sworn officers in Minneapolis — more than 200 short of what the department is authorized to have. But the reality on the street is likely even direr.

“Pull your sergeants out, pull your lieutenants out … you have 297 people to answer 911 calls in the city,” Schmidt said. “We’re losing cops daily.” 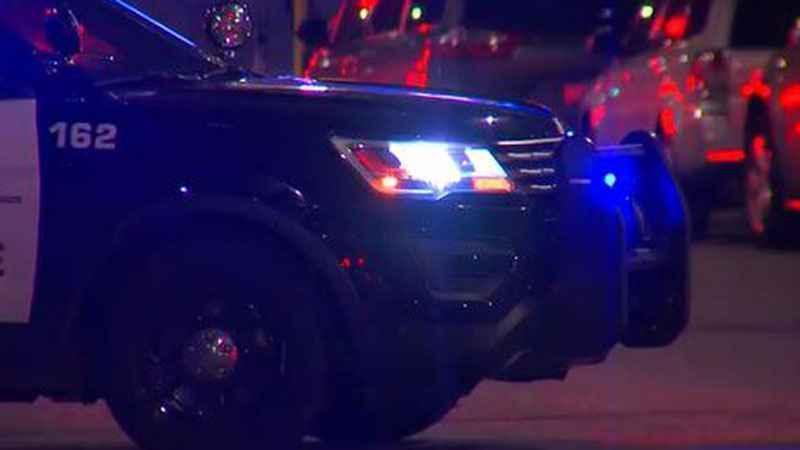 Now the Minneapolis Police Department is under a court order to hire more officers by next summer — a mandate complicated by a looming ballot measure that could completely reshape the future of policing in the largest city in the state.

“I think it’s going to be a struggle,” Schmidt said. “I think it will be a struggle to get to that number. I hope we do because we could use the help.”

Other police departments across Minnesota and the nation have reported similar struggles as calls to "defund" the police grew louder after the killing of George Floyd.

New officer applications show interest in policing is also declining in cities such as St. Paul and Bloomington.

But a 5 INVESTIGATES review of those numbers and other data from the 25 largest law enforcement agencies in the state challenges the notion that no one wants to be a cop anymore.

At least 20 of the 25 departments contacted are still operating at 90% of their authorized force or better.

“I think there are people who want to do the job and we’re finding them. Other departments are finding them,” Bloomington Chief Mike Hartley said.

Another indicator shows interest in policing is trending upward.

Despite anecdotal accounts to the contrary, data from the Minnesota Board of Peace Officer Standards and Training (POST) shows the number of people who have taken the licensing exam has increased each of the last three years.

At the university level, overall enrollment in criminal justice is down at several schools, but Pat Nelson, the chairperson of Minnesota State Mankato’s criminal justice department, says many of her students are still determined to go into law enforcement.

Nelson says the question now is often less about whether people want to become police officers but rather where they’re willing to work.

“We really hone in on finding your right fit — asking about the mission of the police department, asking about the vision … and whether that is the type of policing you want to do,” Nelson said.

Four of Nelson’s students who spoke to 5 INVESTIGATES said they intend to be part of the next generation of police officers.

Jacob Glogowski, 21, says he hopes to start with the Minnesota State Patrol and is undeterred by the events of the last two years and calls for more police accountability.

“If anything, it’s strengthened my decision to go into law enforcement,” Glogowski said. “I’m hoping that when I go into it, I can make a difference and that I can be a force for change.”

That sentiment is echoed by several of his classmates, including Bohdan Sokolov, 21.

“I did get a lot from family and friends saying, ‘You’re sure you still want to go into this? Do you know what you’re getting yourself into?’" Sokolov said. “I chose it and I put my heart into it and I want to stick with it.”

None of the criminal justice students who spoke to 5 INVESTIGATES put Minneapolis PD at the top of their lists of where they hope to get their first job.

Nelson, a former Minneapolis officer, says a looming ballot question that could eliminate MPD is likely one of several factors impacting recruiting.

“We have students ask me questions about it because it’s difficult to commit to an agency where they don’t know exactly what’s going to happen,” Nelson said.

“You have to change”

The intense competition for new officers appears to be benefitting cities such as Woodbury, one of the cities that has seen an increase in officer applications.

“Every time we put a job posting out, you have to stop and wonder, ‘How many applications are we going to get?” Commander John Altman said. “So far, for Woodbury, we’ve been doing quite well.”

“We formed a multicultural advisory commission to really connect with the people of color in our community,” Altman said.

The department is also adding a therapy dog to its traditional K9 ranks and plans to include an embedded social worker from Washington County to assist officers on certain calls by the end of the year.

Minneapolis Police is the only department contacted by 5 INVESTIGATES that has yet to respond to a data request for how many applications it has received over the last four years, but Schmidt says the numbers from a recent hiring process were down.

“They wanted 49 and they got 26,” Schmidt said. “If this was going on 25 years ago when I applied here, I would’ve been out. … I don’t know that I would have chosen Minneapolis if I was at the beginning of my career.”

Others say the onus is now on Minneapolis and other departments to make the changes necessary to bring on new officers and keep the ones they still have.

“You can’t continue to market yourself the same way and expect the same result,” Hartley said. “You have to change. You have to look at who you’re trying to attract.”