Fish experts say the catch is about as rare as winning a lottery — and one Minnesota angler hit the jackpot when he reeled in a golden crappie.

That angler is Rick Konakowitz who says he was using a “glow devil” lure when the once-in-a-lifetime fish struck his line.

“I thought maybe it was a sunfish or because of the color,” Konakowitz said. “When I pulled it out, I looked at it and said ‘what is this?’” he added about the golden crappie caught on Clear Lake, near New Ulm.

“It was pretty striking to see such a vividly bright orange golden color like that,” Lackmann said about seeing the picture of the golden crappie for the first time. 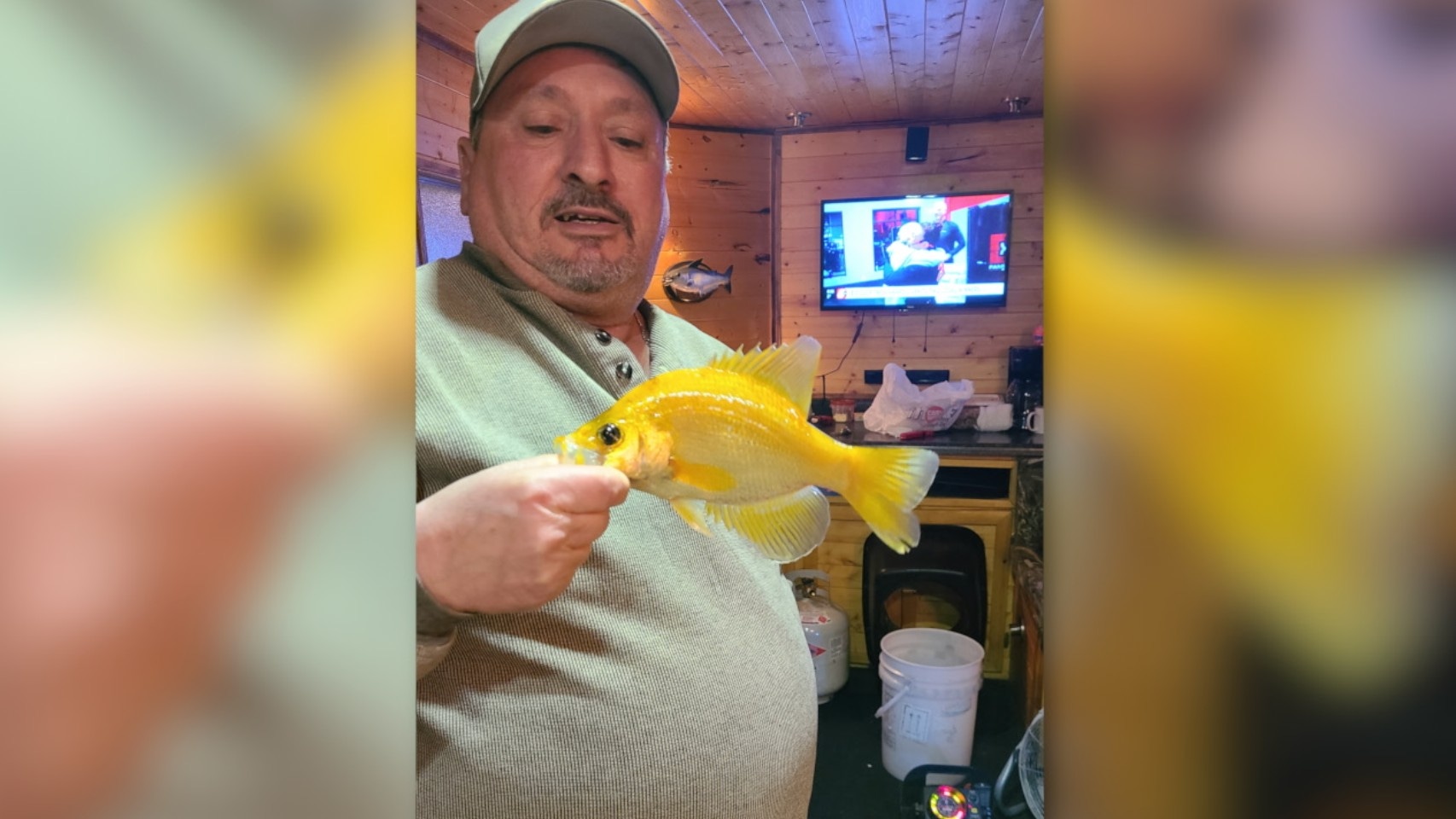 For those unfamiliar with what a common crappie looks like and the difference between the two is extreme:

Fish geneticist for the Minnesota Department of Natural Resources (DNR), Loren Miller said the catch can be compared to winning the lottery.

“It’s a rarity for sure for any one individual to manage to catch one,” Miller said.

Both fish experts say there’s a chance there are more crappies like this near the lake it was caught. They also said they were surprised this specific fish lived as long as it has — that’s because its flashy, bright color is a target for predators.