The 40-year-old father of six died in a violent wreck back in July after he was caught in the middle of a high-speed police chase in north Minneapolis.

Surveillance video shows the unknown fleeing suspect just missed Frazier as he blew through the intersection of North Lyndale and 41st avenues at close to 100 mph. The officer followed seconds later and hit Frazier at the very moment he entered the roadway.

The collision that killed Frazier led to rare criminal charges for the officer involved, and reignited a decades-old debate — steeped in supreme court precedence — over whether high-speed police chases are worth the risk.

It’s an issue 5 INVESTIGATES started reporting on back in 2018 after a high-speed chase involving state troopers ended on a Minneapolis playground and nearly killed three children. 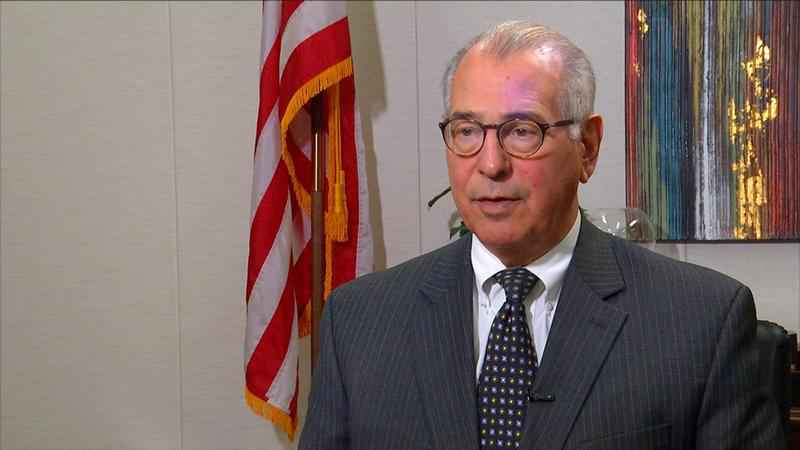 Hennepin County Attorney Mike Freeman criticized police at the time for engaging in such dangerous pursuits and did so again after the deadly wreck this past summer.

“It’s got to stop,” Freeman said in a recent interview with 5 INVESTIGATES.

Freeman is now turning his critical words into criminal charges. Last month, he made the unusual — and some say controversial — decision to charge Officer Brian Cummings with second-degree manslaughter and criminal vehicular homicide in connection with the July crash.

“He was driving it in a reckless manner and caused a death. It doesn’t matter if you’re a cop or not,” Freeman said in a new interview with 5 INVESTIGATES. “I felt the conduct was so outrageous”

Cummings and his attorney did not comment on the charges when he appeared in court earlier this month.

His case will be closely watched by other police officers, crash survivors and legal experts across the state because officers have rarely faced any consequences in court — civil or criminal — for what they do behind the wheel after they turn on their lights and siren.

In 1992, the Minnesota Supreme Court ruled that officers and their departments are shielded from liability in such cases because “the community cannot expect its police officers to do their duty and then to second-guess them when they attempt to conscientiously do it.”

The ruling came on the heels of a tragic police chase in Crystal, Minnesota, when 7-year-old Shawn Pletan was hit and killed while walking home from school. In that case, a suspected shoplifter hit the boy while fleeing from police.

“We’ve got a little apples and oranges here,” Freeman said, when 5 INVESTIGATES asked about the legal precedent. “The facts of that case were different.”

“This is what makes it very difficult,” he said. “You’re going to have to show for some reason that the policy was so unreasonable, or that the officer’s actions were so unreasonable, that it essentially is an exception to a Minnesota Supreme Court decision.”

Schultz believes the criminal charges are intended to send a broader message to police about their pursuit policies.

Freeman acknowledges this prosecution is about more than just one case or one tragedy.

“The policy needs to be changed just as much, if not more importantly, than the prosecution of this individual case,” he said.

Freeman has criticized those policies for several years, including after a 5 INVESTIGATES analysis from 2018 revealed the vast majority of chases started over low-level, non-violent offenses like broken tail lights.

Several departments started to modify their policies soon after, including Minneapolis police which only allowed officers to chase people wanted for violent crimes.

“Minneapolis police changed it slightly, but not enough,” Freeman said.

MPD has said that Cummings was following the department’s policy on police pursuits, but that’s now in dispute. Cummings is still employed with MPD, but a spokesman did not respond to questions about his current assignment.

Next month, Freeman plans to push policy changes to the Minnesota Board of Peace Officer Standards and Training (POST) as part of his push for statewide reform.

Although Freeman is not running for reelection, two of the four candidates for Hennepin County attorney have already publicly stated that they support similar reform measures.

Freeman says such changes are warranted and the proof is in the numbers: 40 deaths related to police chases in the last 10 years in Minnesota alone.

Asked whether he could charge an officer if he was following the current policy, Freeman responded, “I can and I did.”