His office says the policy is designed to fundamentally change the use of traffic stops that are not initiated for public safety reasons.

These types of stops — for issues such as a broken tail light or expired license tabs — disproportionately affect minority communities, and can sometimes have fatal consequences.

In 2016, Philando Castile was pulled over for a broken tail light and fatally shot after he told an officer he had a gun.

"In order to protect public safety and maintain the public’s trust and confidence, we must ensure that no segment of our community is disproportionately impacted by our practices in the justice system," a release from the attorney’s office states. 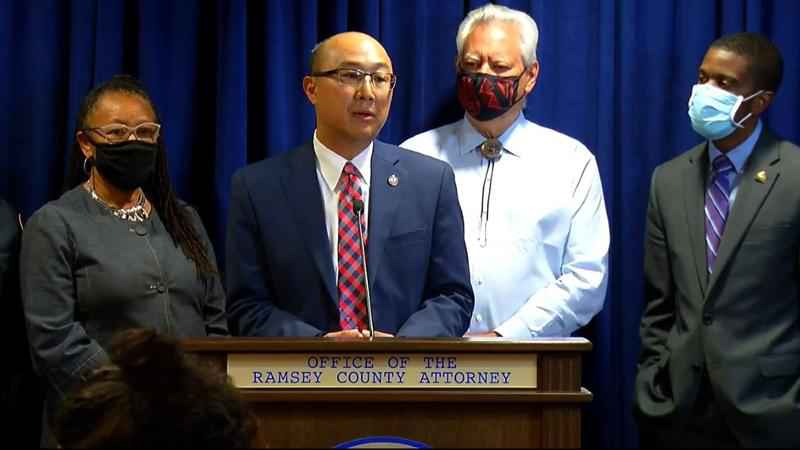 The statement goes on, "When people feel unfairly targeted by non-public-safety stops, it diminishes trust in law enforcement, prosecution, and in the justice system, as a whole, which comes at great cost to the people being profiled and to our collective ability to achieve community safety."

The attorney’s office stated that going foward, it will track all cases referred to its office because of this policy and will make data publicly available "to ensure our efforts are effective, consistently applied, and our community can hold us accountable for results." The attorney’s office stated that it will also share data with local law enforcement agencies to assist in officer training.

Police departments nationwide have been looking at their traffic stop policies and some, like Minneapolis, have said they will no longer stop drivers for minor infractions.

The attorney’s office reports the new policy was developed in collaboration with local law enforcement, philanthropic leaders, county residents and national partners, such as the Vera Institute of Justice.

Basically, the county attorney just announced his office won’t uphold the law and won’t prosecute those break it. That’s absurd, and is a slap in the face to victims of crime. Ramsey County residents be warned: those that break the law won’t even get a slap on the wrist—they’ll get a high-five from the county attorney and be left to commit more, and more serious offenses. Reduction of crime and public safety for all should be our focus as the crime rate escalates—and this isn’t it.

Ramsey County John Choi’s announcement that his office will enact a new county-wide policy to stop prosecuting cases that originate, in his opinion, as a "non-public-safety traffic stop" is another example of the Ramsey County Attorney’s Office circumventing the legislative process to satisfy his own political ambitions. Choi is engaging in furthering the misnomer that valid traffic stops for expired registration, muffler violations, burnt out license plate lights, and windshield violations are anything less than legal stops that target activity already deemed illegal.

The continued use of the term "pre-textual traffic stop" is a loaded and weighted term to negatively portray officers who make valid traffic stops based on violations of the law. To unilaterally decriminalize illegal activity discovered pursuant to a legal traffic stop is a betrayal of the office of county attorney and sends a strong signal to those engaged in criminal activity that they can do so with impunity. The Constitution has in place a check and balance to address unlawful expansions of a traffic stop by requiring an officer to have legal justification to expand a stop. Choi unilaterally imposing an unmanageable county-wide policy is little more than cheap political theater meant to grab headlines for himself and distract from the onslaught of crime we have been experiencing in Ramsey County.

County Attorney Choi should focus on reducing the crime wave his constituents are currently experiencing instead of trying to find more ways to justify criminal behavior.