Several community groups, including Black Lives Matter MN and the Council on American-Islamic Relations (CAIR-MN), called for transparency and accountability Tuesday when it comes to the involvement of local law enforcement in specialized task forces.

"We are also demanding today that all agencies in the state of Minnesota who work with the U.S. Marshals, to end their relationships," said Jaylani Hussein, the executive director of CAIR-MN. "Until we know that they have proper leadership and proper policies to protect our community, and most importantly to create accountability and transparency."

The community groups called on President Joe Biden’s administration to remove the U.S. Marshal for the District of Minnesota.

Ramsey County Sheriff Bob Fletcher said he will take his deputies off the task force, in a statement to 5 EYEWITNESS NEWS. 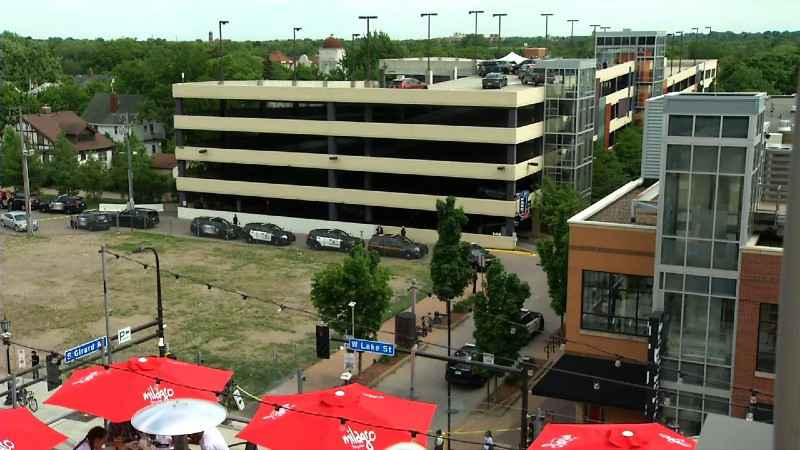 "The United States Marshals office has been misleading in their public comments in the media," Fletcher said. "In Minnesota, the Marshals office has refused to allow us to wear body cameras since the advent of the technology and any new policy has not been implemented."

"In October 2020, the U.S. Department of Justice issued a Body-Worn Camera (BWC) policy to permit TFOs to utilize body-worn cameras on federal task forces. In February 2021, the U.S. Marshals Service began to phase-in this policy, which continues to be implemented in the District of Minnesota," the U.S. Attorney’s Office in Minnesota wrote in a press release over the weekend.

The Minnesota Bureau of Criminal Apprehension said evidence indicates Winston fired a gun from inside a car. The BCA also said two sheriff’s deputies from Ramsey and Hennepin counties on the North Star Fugitive Task Force also fired, killing Winston during the encounter.

"Despite regular requests from local law enforcement, the normal refrain from the Marshals office has been and continues to be, ‘We’re working on the problem,’" Fletcher wrote in a statement to 5 EYEWITNESS NEWS.

But when the new policy could start remains unknown, Fletcher added.

The Hennepin County Sheriff’s Office remains on the task force but officials added that they welcome the implementation of the DOJ’s new policy that was shared with them on Friday regarding body cameras for task force members.

The task force is comprised of members of local, state and federal law enforcement who partner to arrest fugitives, according to federal officials.

The BCA investigation continues into the law enforcement shooting.