Ramsey County housing officials are making plans to close a homeless shelter with 101 mostly-senior residents as federal COVID-19 relief dollars are beginning to run out.

County housing officials met on Monday with residents staying at the shelter inside the Capitol Ridge Hotel in St. Paul to discuss their future after notifying them last week of the closure set for Nov. 30.

"It’s not just us deciding where folks go, it’s them being at the table as well, saying this works for me," said Keith Lattimore, Ramsey County housing stability director.

Lattimore said some people will move to more permanent housing, others could move to one of the three other county shelters for the time being or people may return to the shelters they previously stayed at earlier in the pandemic.

In a recent presentation, Ramsey County officials said they were “ramping down” COVID-19 emergency shelters, which house around 430 people. 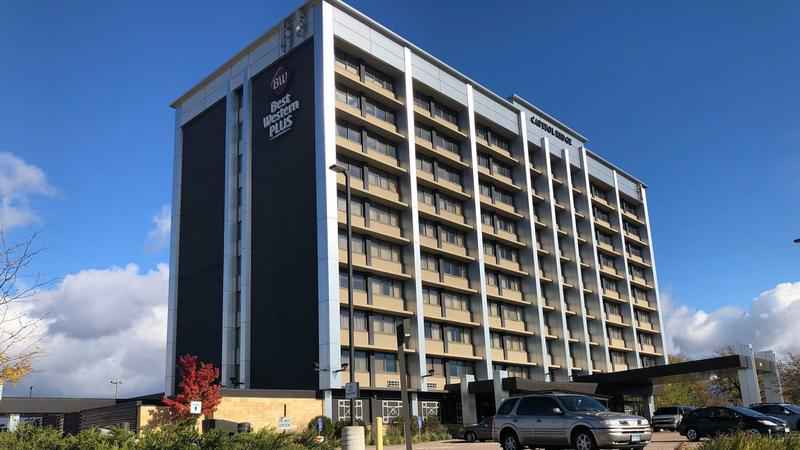 By May 2022, the county expects there will be no funds to continue to run three other county-operated or county-supported COVID-19 shelters — Mary Hall, Luther and Bethesda — so efforts are underway to find people housing now.

Lattimore said it costs more than $1 million a month to operate the shelters which were set up to help ease other permanent shelters that were crowded due to social distancing requirements during the pandemic.

"This has been a godsend," said Colleen Stadt, who stays at the Capitol Ridge.

A few years ago, Stadt said she began to experience housing instability and moved into a St. Paul shelter before being moved to Capitol Ridge.

"To get this letter it was upsetting, not knowing where we’ll go once the doors close here," said Stadt. "It was a surprise. It was a shock."

At Capitol Ridge, Stadt said the county has provided assistance to those in the shelter to find resources during her stay, as she now wonders where she’ll go next.

Stadt, who says she served in the U.S. Army as a licensed practical nurse, is working to find permanent housing but the prices make it a challenge.

The Minnesota Homeless Study will not take place this year due to the pandemic.

Decker Gerrard said the last time they checked back in 2018, they saw the largest increase in people ages 55 and older who were experiencing homelessness.

"Unless you get help, it’s really hard to maintain that rental unit,” Decker Gerrard said about seniors on a fixed income with current rent.