Race on for increased vaccinations in Minnesota to curb rising number of COVID-19 cases, hospitalizations

Tuesday, President Joe Biden will announce that 150 million COVID-19 vaccine shots have been administered within his first 75 days in office.

Right now in Minnesota, health officials say they are worried about the variant of coronavirus that’s spreading as more families are taking spring break.

That has Minnesota officials racing to administer more vaccinations in an effort to curb the state’s rising number of cases and hospitalizations from COVID-19.

Dr. Michael Olsterholm says he’s concerned about what he’s seeing in Minnesota and the Midwest in general.

The area is seeing a substantial increase in COVID-19 cases and Osterholm says the U.K. variant is likely playing a big role in that. 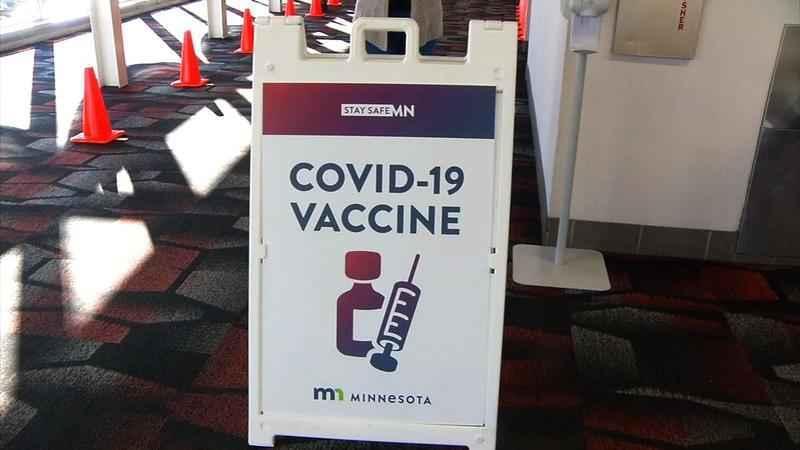 In the last month, hospitalizations in Minnesota have doubled as cases continue to rise.

In Minnesota schools, Osterholm says there have been more than 740 reported cases of the variant.

And while the state is ramping up vaccination efforts, Olsterholm warns he doesn’t think it can happen quickly enough.

Gov. Tim Walz has announced a federal vaccination clinic will open at the Minnesota State Fairgrounds.

Walz’s office said Minnesotans living in zip codes near the fairgrounds with the highest scores on the Center for Disease Control and Prevention’s Social Vulnerability Index will be eligible for appointments at the fairgrounds site.

The site will receive 168,000 total Pfizer and Johnson & Johnson doses over eight weeks, which will result in over 100,000 Minnesotans being vaccinated.

However, Olsterholm said he is concerned the state may be opening up too quickly to keep up with the B117 variant.

"These are much more infectious, these are much more able to produce severe disease," Osterholm said. "All of that is greatly enhanced by opening up and making more likely for people to come in contact with other people."

Both Osterholm and Walz agree that it’s a race against time now when it comes to how quickly the state can get more Minnesotans vaccinated.

The site at the fairgrounds will open on April 14.

Meanwhile, the Centers for Disease Control and Prevention released updated cleaning guidelines Monday that state in most situations, scrubbing surfaces with soap and water—as opposed to needing disinfectants or wipes—is enough to protect from COVID-19. The change in guidelines goes along with medical experts finding that getting the virus from surfaces is low compared with direct contact or airborne transmission.