Minneapolis Public Works canvassed the city’s northside Saturday afternoon as part of a larger effort to fill the department’s more than 50 vacant jobs.

City Council members Robin Wonsley and Jeremiah Ellison also saw the job fair held at Shiloh Temple on W Broadway Ave as part of a push for more representation from the northside at the city’s figurative decision-making table.

“There’s been a long history of disinvestment, and disengagement and all around, and so folks, I think, are a little bit skeptical that you have something to offer them,” Ellison, who represents the area in the Ward 5 Council seat, said. “And I think that that skepticism is earned, and it’s on us to undo it.”

“A guy walked up to me and he was like, ‘There’s a job fair going on at the Shiloh Temple. It’s for drivers,'” attendee Shorone Huff said, with fliers in hand. “And I said, ‘I have my driver’s license.'”

Just like that, Huff, a northside resident who said his years in construction are starting to take a toll on his physical health, was ready to start down a new career path. 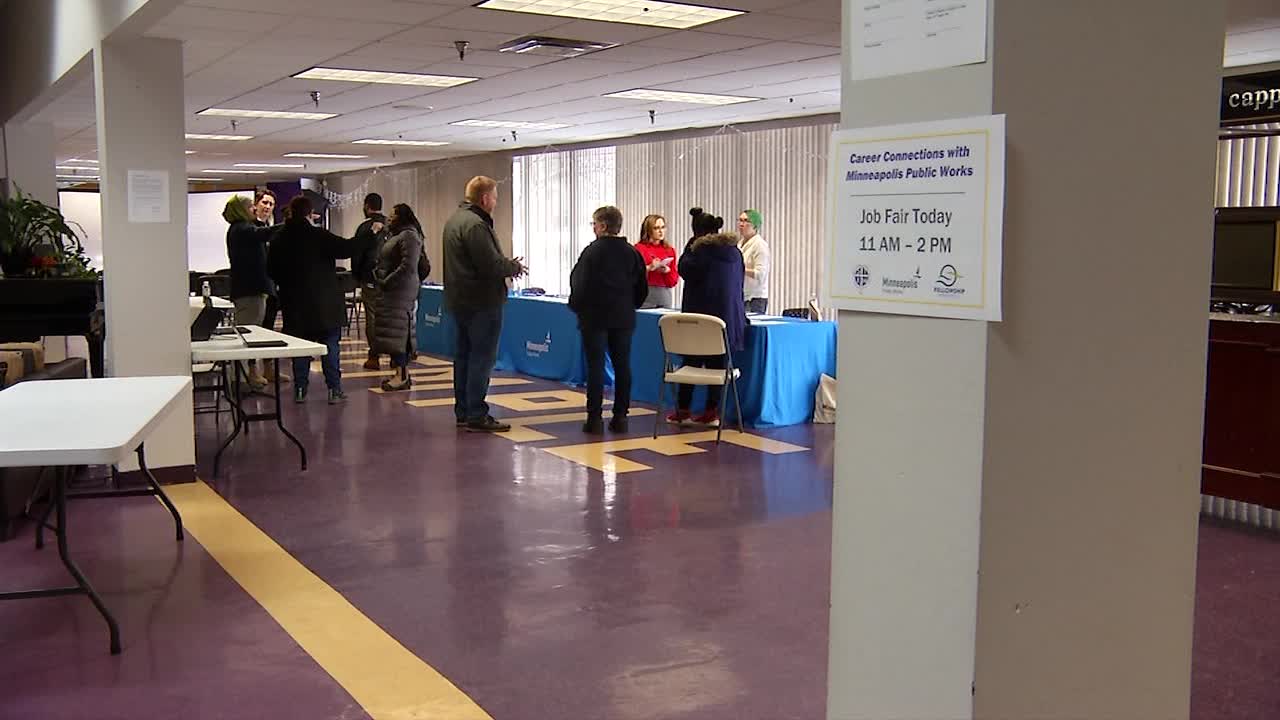 ‘That guy’ who prompted his drop by at the fair was Ellison. He and Wonsley passed out information at the nearby Cub Foods during the event.

“We want folks to know that they can view the public sector as an opportunity to improve their lives,” Ellison said.

There is not enough representation from the northside in public jobs, Wonsley said. She added that she would like to see a city workforce as diverse as the people it serves.

“We can definitely do better, and this is why we’re hosting events like this,” she said. “We have to be intentional going to the communities that we serve and asking them multiple times, ‘Will you join us, you know, at the City of Minneapolis?'”

Attendance was light Saturday morning for one of the several fairs Wonsley said the department held in the neighborhood this week.

“The number one thing when it comes to doing outreach in north Minneapolis is consistency,” Ellison said when asked about the attendance.

“The number one thing I hear from constituents is you know, everything sort of feels like a flash in the pan, right? Maybe, you know, a big box store will come in promising a lot of jobs but then they’re out in no time,” he added. “Maybe we have a job training center that starts off with a big bang. And then we see, you know, issues arise with with the training or with the kind of jobs that they’re offering. And so we want to provide that kind of consistency.”