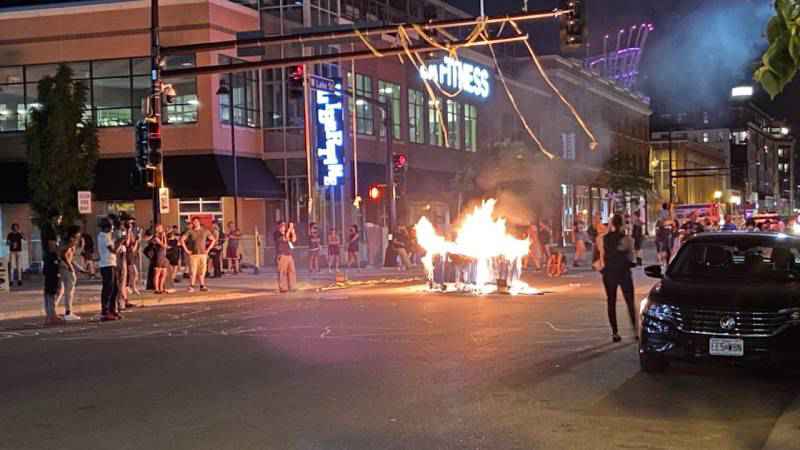 A small group of protesters gathered in the Uptown neighborhood of Minneapolis after law enforcement officers shot and killed a suspect Thursday.

A KSTP crew at the scene witnessed a dumpster that was set on fire in area of Lake Street and Girard Avenue.

The dumpster is almost completely melted to a puddle of fire. #UpTown near the location of the BCA shooting investigation that killed a suspect. pic.twitter.com/3iDA69hD9a

According to the U.S. Marshals Service, around 2:10 p.m. near West Lake Street and Fremont Avenue South, members of a task force tried to arrest a person wanted on a state warrant for unlawful possession of a firearm by a felon.

During the encounter, the suspect, who was in a parked car, was uncooperative and produced a handgun, the USMS said. The officers then shot at the suspect. Officers attempted life-saving measures, but medics pronounced the suspect dead at the scene.