They say they will be protesting during key parts of the trial. On Monday, lawyers in the trial of Derek Chauvin – the former Minneapolis police officer charged in the death of Floyd – made their opening statements.

From the shadow of the Hennepin County Government Center, protesters marched through downtown. 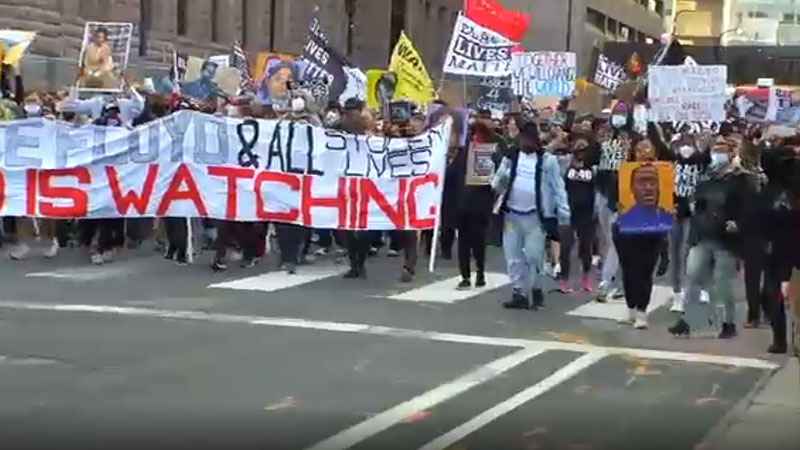 Along with calling for justice for Floyd, protesters called for meaningful legislation that will have an impact on communities of color.

One protester chained herself to the security fence around the Hennepin County Government Center. She said she does not plan to leave until state leaders sit down with the families that are impacted by police violence.

"I would like Gov. Walz, Mayor Frey, and Carter to meet with the families and allow them to voice their concerns and their needs," Kaia Hirt said. "If they want to be leaders of this state and these large cities, they need to do better."