Prosecuting the Police: Conflicts, optics and pressure put AG in the spotlight

When Minnesota Attorney General Keith Ellison added a first-degree manslaughter charge against Kim Potter, it officially became the second time in less than a year that his office took over a high-profile case involving a police officer and the killing of an unarmed Black man.

As calls for police reform continue to grow, Ellison finds himself at the center of an ongoing debate over who should prosecute police officers accused of criminal conduct while on duty.

“We want to be able to help out. We think that it’s the right role for this office to play,” Ellison said in a recent interview with 5 INVESTIGATES. “Unfortunately, we have some pretty severe limitations.”

When that call came to take over the Potter case, Derek Chauvin hadn’t even been sentenced yet for the murder of George Floyd. In that case, Ellison leaned heavily on two experienced trial lawyers from private practice who worked the case for free.

Ellison says he isn’t afraid to seek pro bono help but cannot rely on it long-term. He added that his office has enough resources to prosecute the Potter case. 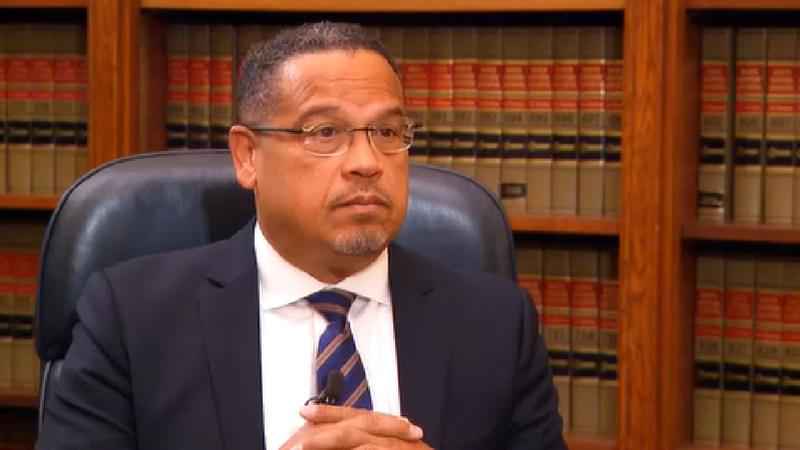 But it would take a lot more attorneys and funding if such prosecutions become routine, which is being requested more frequently by families, police reform advocates and even some county attorneys.

As part of the police reform efforts at the Capitol last year, lawmakers introduced a bill that would have shifted the power in those cases from county attorneys to the attorney general.

The legislation ultimately failed, but at the time it was supported by the Minnesota County Attorneys Association. Executive Director Bob Small said they’ll have to review legislation if it comes up again.

“I think some of our members would say that the members of my community elected me as the county attorney to make these decisions,” Small said.

But other county attorneys have become fiercely supportive of such a move, including Washington County Attorney Pete Orput, who was briefly responsible for the prosecution of Kim Potter.

His position on the issue crystallized after reluctantly walking away from the case following a barrage of insults and threats from protesters who wanted Potter charged with murder.

“It broke my spirit,” Orput said in an interview with 5 INVESTIGATES. After his experience, he now believes Ellison’s office is best suited for these types of cases.

“I would say that’s the best place to put it because you can have expert prosecutors who know how to evaluate these cases who have worked with the expert use-of-force witnesses around the country. And that’s a bit of a niche,” Orput said.

Nekima Levy-Armstrong, one of the loudest voices outside Orput’s home, wants to see county attorneys stripped of that responsibility when dealing with misconduct allegations involving officers they regularly deal with on other everyday crimes.

“We have routinely failed to hold police officers accountable,” Levy-Armstrong, a local attorney and activist, said.

“We have essentially allowed local prosecutors to make charging decisions and more often than not, they decide not to bring charges when an officer has killed someone, no matter how obvious it is that the situation was unjustified.”

But as Ellison keeps getting the call to take these cases, it doesn’t necessarily mean he will listen to the pleas from the public. Earlier this month, Ellison added a charge of first-degree manslaughter against Potter but stopped short of the murder charge that activists demanded.

This summer, Ellison declined to file charges against a St. Paul police officer who shot an unarmed Black man.

It also remains to be seen how many of these cases he can truly take on.

A relatively small team of lawyers is trying to balance a never-ending stream of cases, including appeals, consumer-related lawsuits, Greater Minnesota murder cases and an increasing number of officer-involved deaths.

“We will continue to look at what the workload is and if we can help, we will help,” Ellison said.

His office received major help during the Chauvin case when Steve Schleicher and Jerry Blackwell, two veteran attorneys who work for outside law firms, handled opening statements, closing arguments and most cross-examinations during the trial.

In the last legislative session, Gov. Tim Walz asked for more than $2 million to fund 11 new attorneys to add to Ellison’s roster to rebuild the state’s criminal division. Republican lawmakers blocked the move.

“I think we should return to those days when we can stand up and be a benefit to our fellow prosecutors around the state,” Ellison said.