Progress made on northern Minnesota wildfires, but burning could last until snowfall

Fire officials expect embers to burn in northern Minnesota until the snow falls.

As of Sunday, the Greenwood Fire was 41 square miles in size and 14% contained.

Fire officials are also keeping a close eye on two fires burning north of that massive fire, and about 14 miles south of the Gun Flint Trail:
the John Ek fire, which now encompasses more than 2 square miles, and the Whelp Fire, which measures 50 acres.

While it’s early, fire information officer Marty Christensen said there’s a chance those fires could stretch as far as the Gun Flint Trail.

“It has been busy. We have a lot of people coming in and more help on the way,” Christensen said about the effort to knock down the fires. 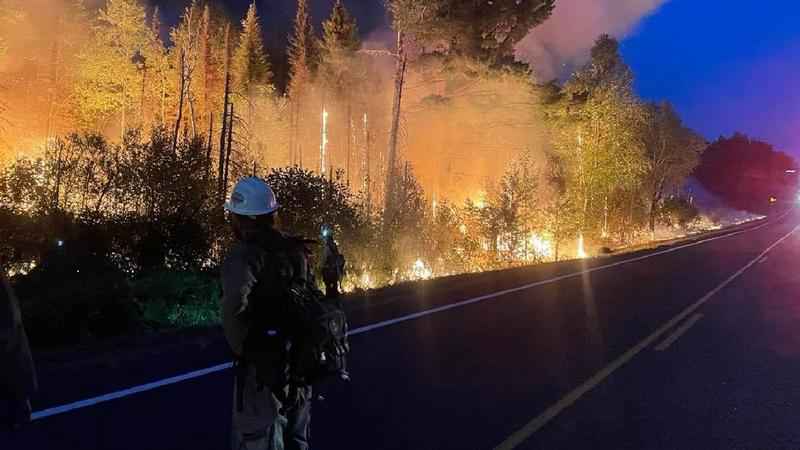 A crew works on the southwest side of the Greenwood Fire in northern Minnesota on Thursday, Aug. 26, 2021.[U.S. Forest Service-Superior National Forest]

Over the weekend there was a bit of help from Mother Nature as rainfall gave crews an opportunity to get more aggressive with their effort.

“I’m very confident we’ll get this under control," Christensen said of the newer, smaller fires. "We’ve got some of the finest people in the country here helping out, very good knowledge, good equipment and we’re going to be fine."

While he’s hopeful they’ll get control of them, he says because of the size and lack of rain expected, there will be hot spots burning until winter when the snowfall will fully knock out the fires.

The Greenwood Fire has been destructive, burning down at least 12 homes and damaging dozens more buildings on people’s property.

Certain areas around the fire have been evacuated. Dennis DuErr’s land falls in one of the evacuated areas. He’s had a tough week, sleeping out of his car one night but finding motel accommodations for other nights.

“It’s kind of scary in some ways, but I feel more relaxed now,” DuErr said about an update he heard from the area Sunday morning.

DuErr said crews were able to set up a makeshift sprinkler system around his home that sits about a mile north of the Greenwood Fire.

“You don’t have any control over it, so you just have to deal with what comes at you next, you know?” DuErr added with an optimistic smile.

There will be a community meeting Monday evening at the Gun Flint Trail Fire Department’s House 2 to discuss the work being done to control the John Ek and Whelp fires.