After a month of fasting for Ramadan, Muslims around the world and in Minnesota are celebrating Eid al-Fitr, the "Festival of Breaking the Fast."

“A lot of times, especially the last 10 days, as it gets close, most of us shop to celebrate the end of Ramadan, and a lot of the most difficult thing as Muslim Americans is finding a place to pray. We do pray five times a day, that is one of the five pillars of Islam,” said Rammy Mohamed, who came up with an idea to have a prayer room in Rosedale Center.

A place to pray could be hard to come by, depending on where you are.

“It gets tiring, once in a while, to walk around the mall, and not being able to find a place to pray, and praying in the family bathroom and stuff,” said Aisha Muse, shopping at Rosedale.

So at Rosedale Center in Roseville, there is a designated place for Muslims to pray during their shopping trips. 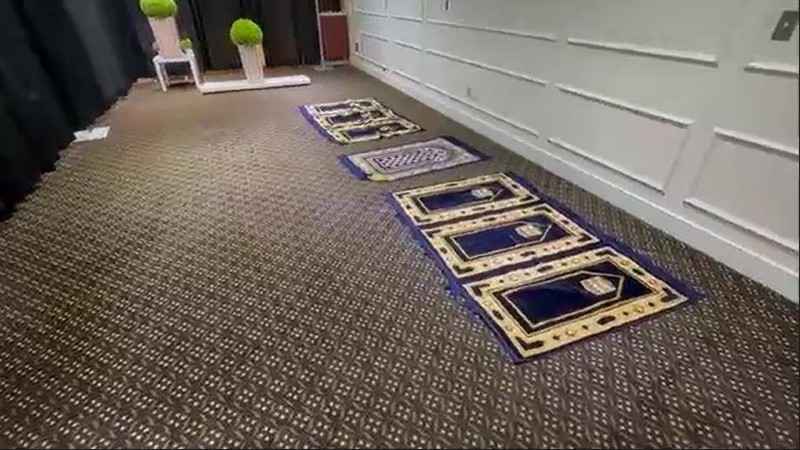 “This is the area, right on Entrance C as you walk in, we have two rooms both for men and women,” Mohamed said.

Inside the room, rugs are placed on the floor, facing Mecca, which follows religious tradition. And the room is getting traction.

“Last night I was here shopping as well, and I’m a neat freak and I came in to fix the rugs, and right now when we walked in it was wrinkled, as someone had just actually used it. So it feels good to know that people are using it,” Mohamed said.

A challenge for some now has a solution.

“I felt like I was welcomed to the mall, and it was an open place for Muslims to pray in,” Muse said.

The prayer space will be at Rosedale Center until May 19.