Former Brooklyn Center police officer Kimberly Potter took the stand in her own defense on Friday, telling jurors her account of what happened on April 11.

Potter said, after Officer Anthony Luckey told Daunte Wright not to tense up, the stop "just went chaotic." Potter then said she saw fear in Sgt. Mychal Johnson’s face like "nothing I’ve seen before" and then didn’t realize she’d shot Wright until Wright yelled he’d been shot.

Potter cried as she discussed Wright’s shooting and as the state later played segments of her body camera video. She also was asked if she would’ve pulled over Wright if she was alone and not with Luckey, and responded, "Most likely not there."

The state highlighted the extensive training she received over her career, the fact that she’d carried a Taser since 2005 and, except for a brief period when she first got the Taser, that she carried the Taser on her left side and gun on her right for over a decade. Assistant Attorney General Erin Eldridge also noted the de-escalation training Potter had, specifically since she worked as a crisis negotiator. 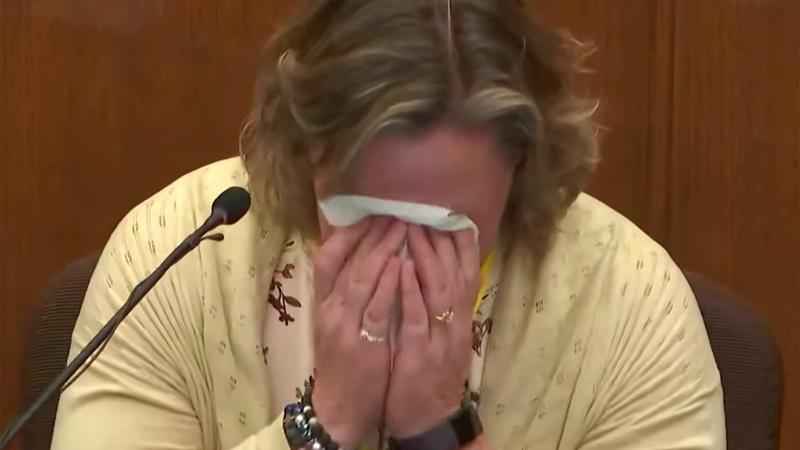 Potter cried frequently during cross-examination, at one point saying through tears, "I’m sorry it happened. I’m so sorry." As Eldridge said Potter knew deadly force was unreasonable and grilled her for not trying to provide aid or relay information to other officers, Potter replied, "I didn’t want to hurt anybody."

The former officer also said she resigned from the department after shooting Wright because "There was so much bad things happening. I didn’t want my coworkers and I didn’t want anything bad to happen to the city."

Her testimony came after Laurence Miller — who has a doctoral degree in psychology and has specialties in forensic psychology, neuropsychology and police psychology — testified about action error and how someone can think they’re doing one thing, like grabbing a Taser, when they actually do another, such as grab a gun, when under extreme stress. The state pushed back against his testimony by highlighting the extensive training officers receive to handle that stress and the measures taken — such as the differences between a Taser and gun and the sides they’re carried on — to mitigate weapon confusion.

The defense rested its case just before 2 p.m. and, after Judge Regina Chu reminded jurors not to discuss or watch anything about the case, dismissed them for the weekend.

Court is scheduled to reconvene Monday at 9 a.m. when closing statements and final jury instructions will be presented before the jury begins deliberations.

Potter is charged with first- and second-degree manslaughter in Wright’s death.