A three-year legal battle over a controversial rental housing ordinance that essentially allows police to pressure landlords to evict their tenants is expected to go to trial early next year.

The anticipated court case will be closely watched by housing advocates and attorneys, as well as other cities with similar policies on the books that could face similar legal challenges if the jury decides Faribault’s rental licensing ordinance is unconstitutional.

So-called crime-free ordinances have been under increasing scrutiny ever since 5 INVESTIGATES found they can be aggressively used by police to evict people from their homes, even if they were never charged with a crime.

The American Civil Liberties Union sued the city of Faribault in 2018, claiming its crime-free housing ordinance discriminates against people of color living in rental housing in the city.

In February of this year, U.S. District Chief Judge John Tunheim allowed the case to move forward, stating in a summary judgment ruling that there was reason to believe that race could be "a motivating factor" in the city’s decision to implement the ordinance. 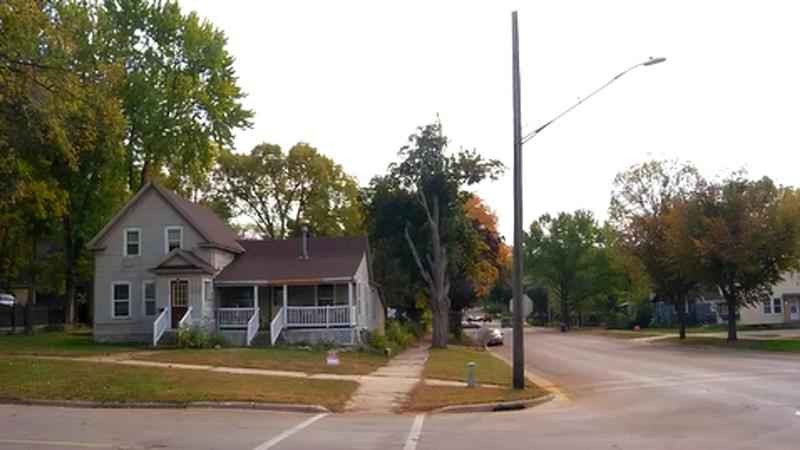 "The housing laws that they have in place [is] not okay," said Thelma Jones, the lead plaintiff in the case. "It’s only meant to hurt the black community, the Somali community. That’s not okay."

The attorney representing the city of Faribault argued in a statement that the ordinance "does not disproportionately affect individuals of color," saying city data shows the ordinance actually has a greater impact on white tenants.

But attorneys and housing advocates look at this case as a landmark court case that could change rental housing ordinances across the country.

In 2016, police in Faribault ordered Thelma Jones’s landlord to evict her and her family for violating the city’s "crime-free housing" ordinance.

According to the lawsuit, city officials claimed her home was the site of "ongoing criminal activity," but court records show Jones’s only criminal conviction during that time was a petty misdemeanor for unlawful vehicle storage.

"My landlord was fine with us being there," she said in an interview with 5 INVESTIGATES. "It was the city that wanted us gone."

Jones, who is Black, said she moved her family from the Twin Cities to Faribault to give them a better life.

"I thought they were gonna be safe and, here, I put them in harm’s way," she said.

Jones is one of half a dozen plaintiffs in the case. The others include Somali-Americans, who say their families were forced out of their rental housing.

"They normally come here saying that, ‘I get like a newborn baby, and I went to the landlord, and they told me like, within this month, you have to look for someone else to live,’" he said, recounting one client’s story. "The landlord will tell you like, it’s not me, it’s from the city."

The ACLU argues aspects of the ordinance, like the occupancy restrictions and requirements for criminal background checks, are used to target Black and Hispanic renters.

But Ortiz said one of the most troubling aspects of the ordinance is the power it gives police.

Under the ordinance, police can force landlords to evict tenants, like Thelma Jones, over alleged criminal activity or "disorderly conduct."

"You don’t have to be charged with crime… under this program in order to be evicted," Ortiz said.

The city’s attorney justified the ordinance in a statement, saying it simply allows police to request that landlords evict certain tenants who are "engaging in criminal activity."

While it’s unclear how often that happens in Faribault, a similar policy was used aggressively in St. Louis Park to evict renters who weren’t charged with a crime.

In 2018, 5 INVESTIGATES found landlords evicted more than 150 renters in St. Louis Park who were never charged with a crime, after receiving notices from the city’s police department that they must terminate the renter’s lease for violating the city’s crime-free/drug-free ordinance.

In response, the city council halted enforcement of the ordinance and later became one of the first cities in the country to repeal the practice altogether.

But Eric Hauge, executive director of Minneapolis-based Homeline, said leaders in other suburban cities have since looked at their own policies. Golden Valley has since gotten rid of the crime-free language in its rental housing licensing ordinance. The city of Robbinsdale placed a moratorium on the practice in October 2020 to allow the city’s Human Rights Commission to study its impacts.

"Your investigation brought forward some of the core issues, the problems in St. Louis Park, and so other cities took note," he said.

"There’s concerns on a federal level that some of these ordinances violate fair housing laws," he said. "What’s on the books is one thing, but just how aggressive the city and how the city enforces it is really critical."

While Jones hopes the lawsuit results in changes to the city’s policy that will help future renters, she said it’s too late for her and her family.

She now lives in a small, two-bedroom apartment, paying twice as much rent as what she paid before for her five-bedroom rental house in Faribault.

The eviction also separated her from her family, a separation she says they weren’t prepared for.

"I just don’t really feel safe renting anywhere because you could be put out and displaced at any given time," Jones said.