The state licensing board that oversees police officers voted Thursday to set up a special committee to review its policy on police chases.

The move is a direct response to the pleas from Hennepin County Attorney Mike Freeman following the deadly high-speed chase last summer that killed Leneal Frazier. Freeman charged the officer involved in October.

“It’s time for Minnesota to take a bold step forward,” Freeman told the Board of Peace Officer Standards and Training in Thursday’s virtual meeting.

Freeman suggested that the board adopt a new model policy that limits chases only to extreme cases when an officer is trying to arrest someone who committed a violent felony.

That would ban any pursuits in which the suspect was accused of shoplifting or minor traffic offenses such as speeding or having a broken tail light. 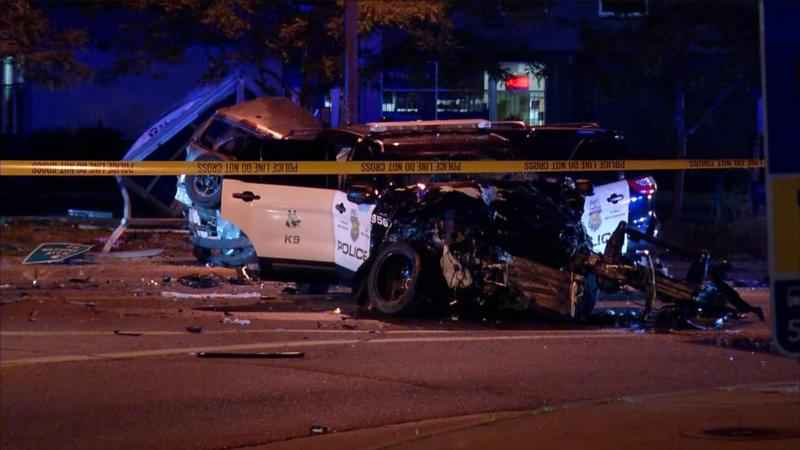 The squad car of Minneapolis Police Officer Brian Cummings is mangled after crashing into the SUV of innocent bystander Leneal Frazier during a high-speed chase the morning of July 6, 2021, in north Minneapolis. Frazier died in the crash.[KSTP]

While board members agreed to set up a committee to consider changes, there was already pushback over Freeman’s suggestions.

Pilar Stier with the Minnesota State Patrol suggested that restricting the pursuit policy would send the wrong signal to criminals.

“I believe if we change it to something — only to felonies — unfortunately, we would create a culture that it is OK not to stop,” Steir said.

Troopers with the State Patrol have been involved in several chases that resulted in serious injury or death. In 2018, troopers were involved in a chase that left a child seriously injured on a Minneapolis playground.

After that crash, 5 INVESTIGATES analyzed more than 700 police chases in the state and found 95 percent of them started over nonviolent offenses like a broken tail light or shoplifting.

Experts have said it’s simply not worth the risk.

“My theory is unless they’re really, really bad, the world is round. They will be back,” said David Schultz, the former director of the Minnesota Highway Research Center in St. Cloud.