Police gave an update Monday afternoon on a shooting that happened last week at Mall of America.

Bloomington Police Chief Booker Hodges gave an update on the department’s investigation after three people were charged with helping the shooter and another suspect get away on a Best Western shuttle. Those two remain at large.

Hodges said it took officers about 30 minutes before they made it to the Best Western after the shooting, saying officers had a lot of resources tied up following up on information the department received. The chief said he believes that delay allowed the two to get away.

The chief urged the two to turn themselves in and assured the public that, if they don’t, officers will track them down and arrest them.

“You can not come shoot up a mall and think that you’re gonna get away with it. We’re not gonna allow that to happen,” Hodges said. 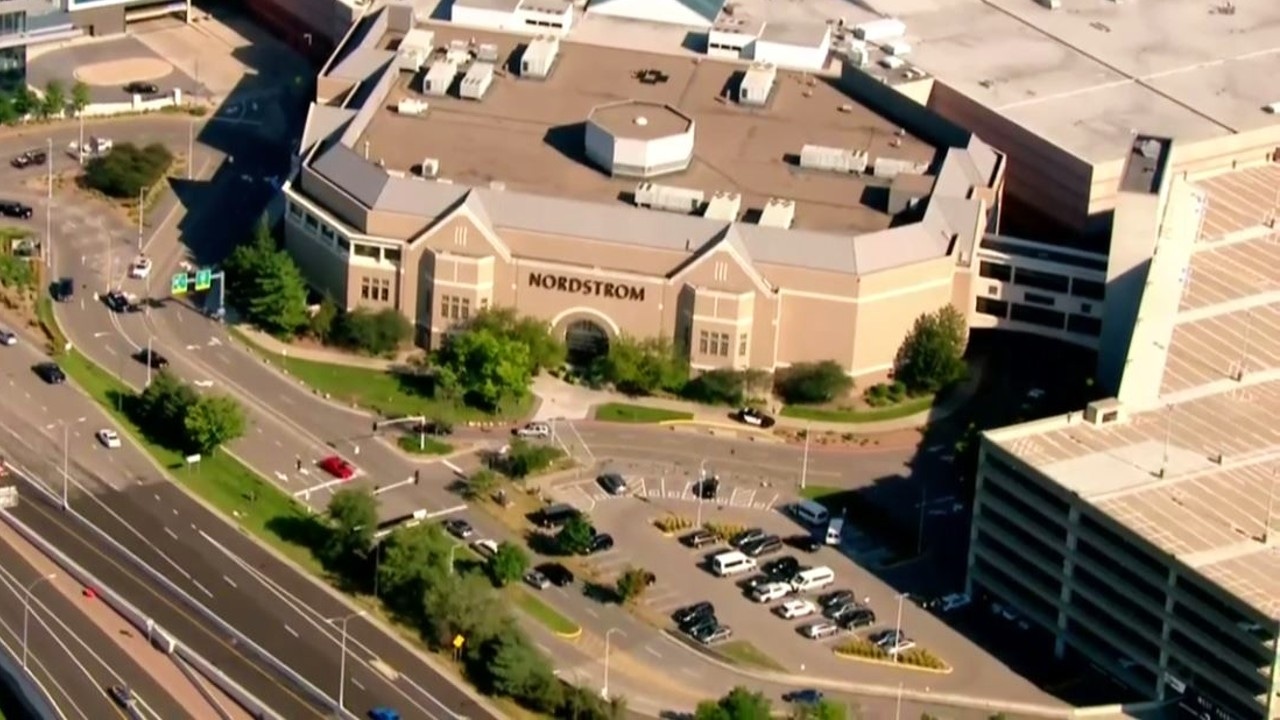 Chopper 5 flies above Mall of America on Aug. 4, 2022, as the mall is on lockdown and police respond to reports of shots fired.

He also discussed safety measures at the mall and said, despite this isolated incident, the mall is a very safe place.

“The mall is the safest largest venue in the United States of America, so I mean, the mall is a safe place, but people were shaken up, and rightfully so. And that’s why we’re not gonna rest until we lock these two up,” Hodges said.

However, he also acknowledged the difficulty in stopping incidents like this one.

“If someone chooses to pull out a gun or weapon, and has blatant disrespect for humanity, I don’t know security defense we’re gonna have for that. But our security posture will remain the same,” he said.

As previously reported, no injuries were reported Thursday when shots were fired at around 4:15 p.m. after a fight broke out between two groups at the Nike store cash register.

One group left but someone armed with a handgun circled back to fire at least three shots at the store before running away.

Law enforcement placed Mall of America on lockdown shortly after the shots were fired. Bloomington police then lifted the lockdown at around 5:40 p.m., announcing that the area had been secured.

The mall was closed the rest of the night but reopened at 10 a.m. Friday.