Police say a suspect was injured following a pursuit and later an exchange of gunfire in north Minneapolis.

Minneapolis Director of Police Information John Elder said officers received a call Thursday morning after reports that a person pointed a gun at people in the area of Logan Avenue and Lowry Avenue.

Officers were later able to locate the suspect vehicle. A pursuit began after officers attempted a traffic stop.

Elder says the suspect vehicle crashed at some point during the pursuit at North Dowling Avenue and North Vincent Avenue and gunfire was exchanged with officers. He said eventually officers were able to transfer to non-lethal weapons (40mm rubber rounds and bean bags) and take the suspect into custody.

The suspect was taken to an area hospital with wounds that are not believed to be life-threatening. 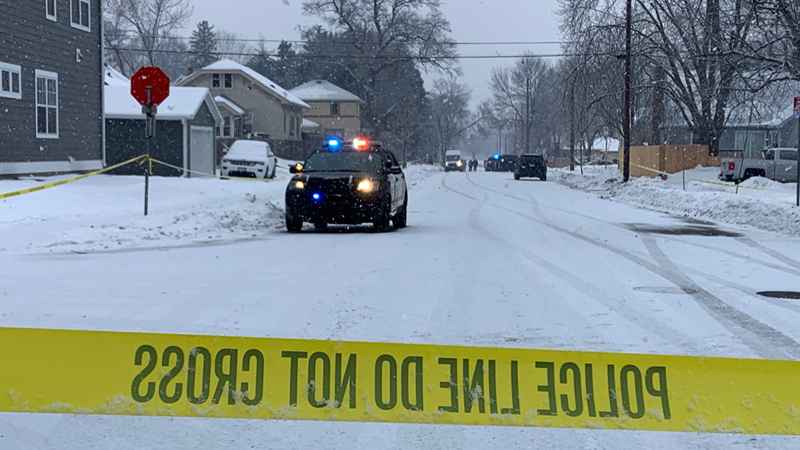 According to Elder, weapons were visible in the suspect vehicle.

The Minnesota Bureau of Criminal Apprehension confirmed it is assisting in the investigation.

"Safety of all Minneapolis residents is a non-negotiable priority. This morning’s events in north Minneapolis are still under investigation, but we know public safety is, both here locally and in the national conversation, at the forefront during this turbulent time. Now, and during all times of uncertainty, I implore the people of Minneapolis to continue coming together as a community, and continue seeking out the truth as a foundation for our actions."

BCA has been requested to investigate an officer involved shooting in Minneapolis. More information to come from Minneapolis PD.

This is a developing news story. KSTP is working to get more details on this story and will post updates as more information becomes available.

Stay with 5 EYEWITNESS NEWS and KSTP.com as we follow this story. Refresh your page to make sure you are seeing the most current information.