The St. Paul Police Department is investigating a suspected murder-suicide incident that happened in the city’s East Side neighborhood Saturday morning.

According to police, at about 8:30 a.m., officers responded to the 1900 block of E. Montana Avenue on a report of a shooting. When officers arrived, they located a man and a woman outside of a house, suffering from gunshot wounds.

Officers immediately secured the scene and began to provide aid to the victims. St. Paul Fire medics were called, who arrived a short time later and pronounced the man dead at the scene. The female victim was transported to Regions but did not survive her injuries. She was pronounced dead at the hospital.

The Homicide Unit and the Forensic Services Unit responded. As of Saturday afternoon, the scene is still be processed for evidence. Homicide investigators are following up with neighbors and possible witnesses. They are also looking for video evidence that can help better understand what happened.

Homicide investigators suspect the incident to be a murder-suicide. Investigators say they suspect the man shot the woman before dying of a self-inflicted gunshot wound. It is believed the two had a domestic relationship, although the exact nature remains under investigation. 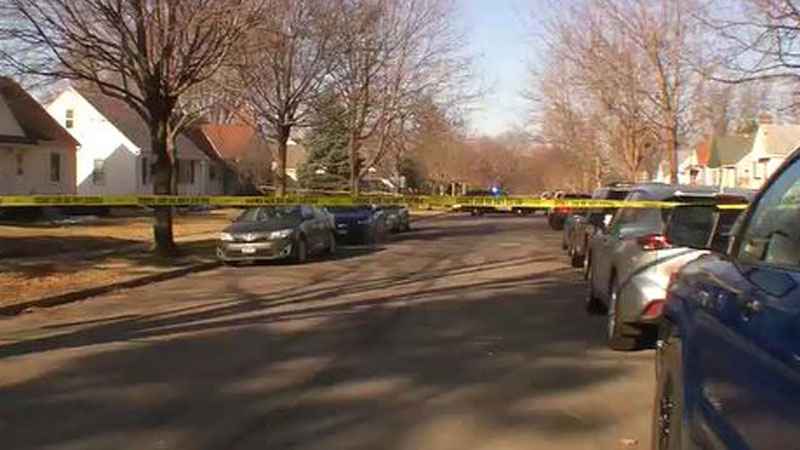 Police taped off the scene where a suspected murder-suicide occurred on St. Paul's East Side neighborhood on Saturday, March 20, 2021. [KSTP]

A shotgun and handgun were recovered from the residence by authorities.

The Ramsey County Medical Examiner will release an official autopsy of the man and woman, identify them, and determine their exact cause of death at a later date.